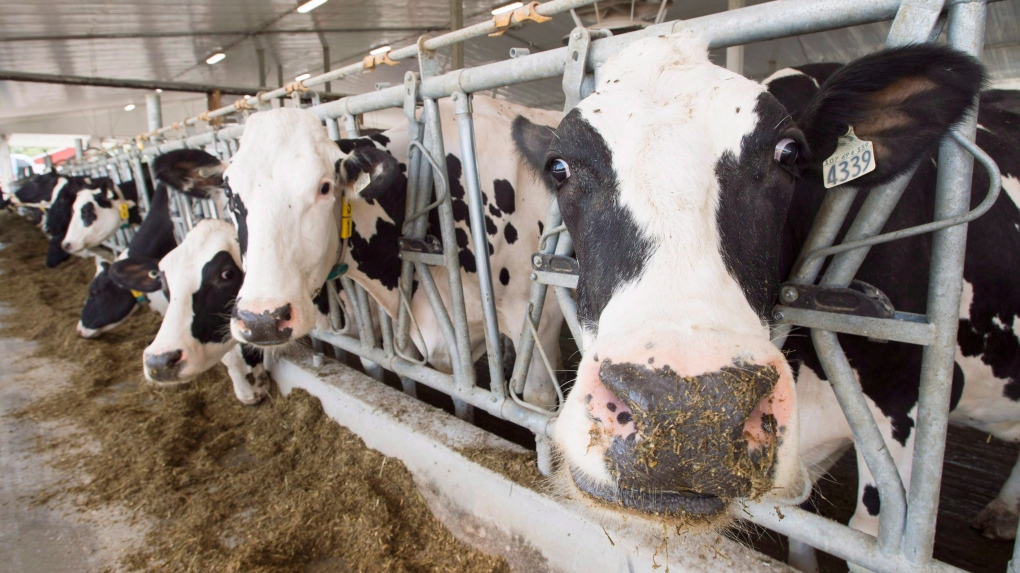 Dairy cows are seen at a farm in Sainte-Marie-Madelaine, Que., on August 31, 2018 (THE CANADIAN PRESS/Ryan Remiorz)

MONTREAL -- Milk-fed calf farmers are asking for emergency help from the Quebec government after the COVID-19 crisis caused the closure of restaurants and markets and halted tourism and exports in the region.

The data suggest that the losses suffered by farms amount to 11 per cent per animal sold for the past seven months, while producers' margins are often around 1 per cent.

The losses has costs producers several thousand dollars per month.

Therefore, farmers are asking for direct assistance of $121 per calf to get through the crisis because they say the income security programs in place do not meet the exceptional needs of businesses.

According to the Producteurs de bovins du Quebec, last year, 100 per cent of the 80,000 Canadian milk-fed calves were produced in Quebec.

A typical farm produces about 940 suckling calves per year.

The largest processing plant employs the equivalent of 550 people mainly dedicated to this meat.

The decrease in the production of milk-fed calves would push milk producers to find other outlets for their male dairy calves and for dairy by-products, according to Les Producteurs de bovins du Quebec.