MONTREAL -- Following the release of a video that showed a Montreal North high school history teacher using a racial slur, former students held a protest on Friday to call attention to his behaviour.

In the video that sparked the uproar, the teacher repeatedly uses the N-word -- and students, both past and present, say it wasn't an isolated occurrence.

Dozens of former students in their 20s and their 30s have spoken out about the teacher's racist comments towards Black students, as well as Asian and Muslim ones.

Current students have also spoken out.

"The students did speak up in class and corrected him whenever he said something pejorative in class, but we were ignored," said Abir Samih.

"We took power in our hands and went to the administration, and we were also ignored at that time, so this is just kids saying enough is enough." 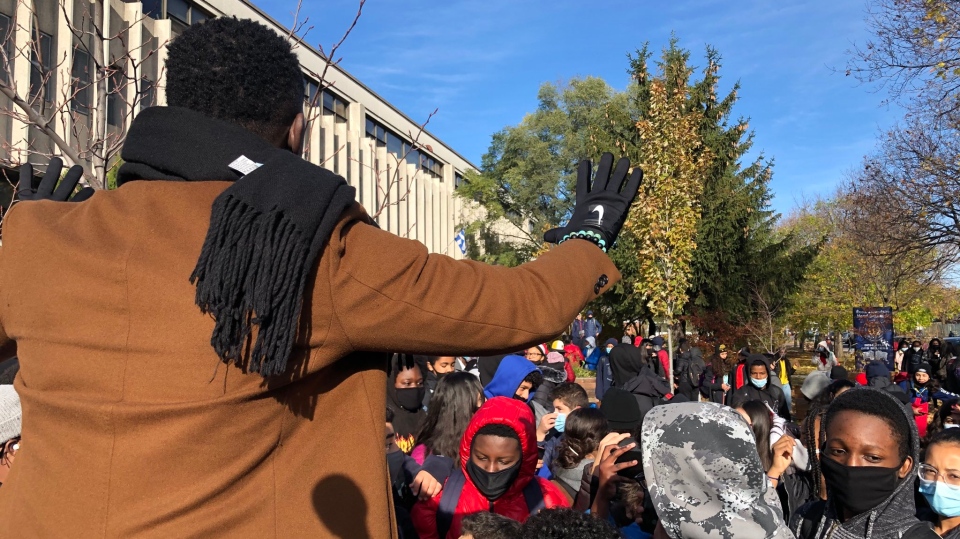 Some of the alumni at Friday's demonstration were joined by activists who gathered to show solidarity with the students.

"Our parents tell us to respect the teachers, but what about when teachers don't respect us?"

The teacher has since been suspended and is now being investigated by the administration.