The reopening of restaurants at half capacity and authorization to have small private gatherings now will help breathe some life into Quebecers’ stagnant social scenes, offering many people hope and the company they crave.

But those who have physically and psychologically adapted to a quite restrictive lifestyle over the last two years to prevent catching COVID-19 may be feeling fear and uncertainty instead.

“I love going out with my girlfriends and that has to happen again, but not in the near future. I don’t see it,” said Cote-St-Luc resident Helaine Tecks, as she explained her decision to “reenter society” at her own pace.

“I will go the extra mile because I don’t want to endanger anyone else and I want to be safe,” said the triple-vaccinated elementary school teacher who limits her outings to work and shopping for essentials.

Why the intense concerns when Quebec has gone through post-lockdown reopenings before?

And, the virus is wily and keeps mutating. Those who keep up with the science as it emerges are aware it can be hard to stay one step ahead of each variant.

The BA.2 subvariant of the Omicron coronavirus variant is the latest to emerge. It dominates in Denmark now and while there’s still much to learn, a study suggests it’s more transmissible than the more common BA.1 and more able to infect vaccinated people.

In short, the pandemic is not over yet. And whether you’re older, younger, healthy or not, if you followed all the province’s ever-changing rules and avoided infection, you may not be ready to shift gears after all that effort.

A certain amount of trepidation is to be expected said Universite de Montreal public health expert Benoit Masse in an interview with CTV News.

He even likens it to the stress of battle, since levels of mental health distress have consistently been so high in Quebec throughout the ordeal.

“It’s like a war, some people will be marked forever. They may never return to social gatherings and they may just stay away. I feel some people are just waiting to travel but some may wait a couple of years.”

“I don’t want to catch it either! I have two teenagers, so I’m kind of worried,” Masse said.

It’s a real worry because, despite the limited capacity rules for businesses and the safeguards in place, Omicron is highly contagious and hard to thwart.

Indeed, Tecks’ practical decision to lay low, for now, takes all that into account, and more.

“Even though you’re going to get Omicron….it just seems like a bad cold - you don’t know what the long-term effects are and I don’t want to be worried for the next 15 years,” Tecks said.

There’s also a trust factor. COVID fatigue is at an all-time high and not everyone around her will remain as cautious.

Not being able to count on the same level of safe behaviours among family members and friends can create conflict and internal stress.

“I take it very seriously and I’ve gotten to the point where if I see people are being blase it’s starting to upset me,” Tecks said.

‘PEOPLE NEED TO BE EMPOWERED’

There are self-management tools that can help to reduce pandemic-related social stress, experts suggest and prevent paralysis.

“People need to be empowered so that they know how to accurately assess risk and are not stuck in the house,” said Kim Lavoie, a professor of psychology and behavioural medicine at UQAM and a Canada Research Chair in Behavioral Medicine.

Lavoie’s clinical work involves treating people who suffer from anxiety and she said some of the same lessons apply to people who manage chronic diseases, for example, or who worry about catching COVID-19.

“You are not a victim of the pandemic or your disease. There are things you can do, so it’s not all or nothing. You may go out into the world and have a risk of exposure but your destiny is not necessarily to get infected,” she said.

Establishing which situations are high and low risk and what you can do to lower those risks will help.

Beyond being fully vaccinated, people can still wear masks, improve ventilation indoors, physical distance or flat-out decline an invitation to a high-risk social gathering -- even if you get pushback from others.

“One size does not fit all…everybody’s objective risk is going to be a little different,” Lavoie said.

It would also help if the government and its public health officials continuously prepare the public for what’s coming, she said and emphasize that some precautions are here to stay.

“It doesn’t do any good to make false promises and be overly optimistic. I think the more we normalize things and de-catastrophize things, the more things become normative, like wearing masks, like handwashing,” the psychologist said.

“Better communication and transparency, what is the plan that’s going to be rolled out, what’s expected of people.”

As for how to deal with external pressures - family and friends who don’t understand why you won’t meet up with them just yet -- know that it’s likely they’ll support you in the end.

A large study Lavoie led called the ICARE study showed that those who engage more regularly in all the prevention measures, including vaccination do have what she called “altruistic motives.”

“So this is the vast majority of the population, lucky for all of us. More than 75 per cent are motivated to protect the community, to protect loved ones,” Lavoie explained.

“Don’t be afraid to express limits to friends and family... you can take it slowly and one step at a time” she said, and control what you can. 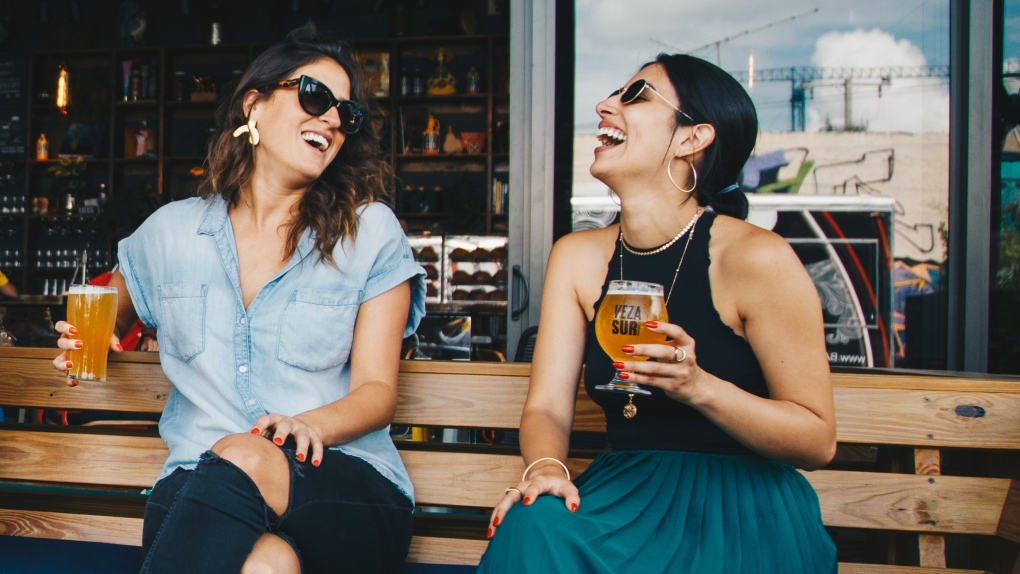 Developing transitional approaches to functioning as a real society again is not just about bolstering mental health, it’s also the key to infection control because Masse does not think we’ll ever “get rid” of COVID-19 completely.

“Clearly, we’re not talking about eradication, where’s there’s no more virus going around the world, like smallpox for example or the SARS of 2003, which basically disappeared from the planet,” said the public health professor.

“When we talk about elimination, we’re talking about elimination as a public health problem,” a time when the virus is endemic and circulates but not at a level that would require a lockdown.

“For Quebec, because of the weather, it is likely to be seasonal,” he said, just like influenza with low transmission during the summer when schools are closed and most people are on vacation and outside, and a rise in cases when the weather pushes us indoors.

He can’t predict exactly when COVID will become endemic - but expects the province to have a “decent spring and a very good summer. And we’ll be a little bit nervous at the start of school next year."

It will be “one more virus to worry about,” he said, since emergency rooms were filled with influenza cases before the pandemic, something he said people may have forgotten.

COVID-19 will further strain the health-care system since “we already know the number of beds per thousand people [in Quebec] is not quite at the same level as other provinces or even other countries,” he said.

As a result, we’ll have to rethink our hygiene controls to prevent hospitalizations when there are smaller outbreaks down the road, as they do in Japan and China, he noted.

He suggests that behaviour is likely to change and become socially unacceptable.

“We were very tolerant and I think that tolerance will be very low and that will be good - it will actually help,” said Masse.