'Strength and delicacy': Quebec chooses the white rose as official flower to remember victims of COVID-19 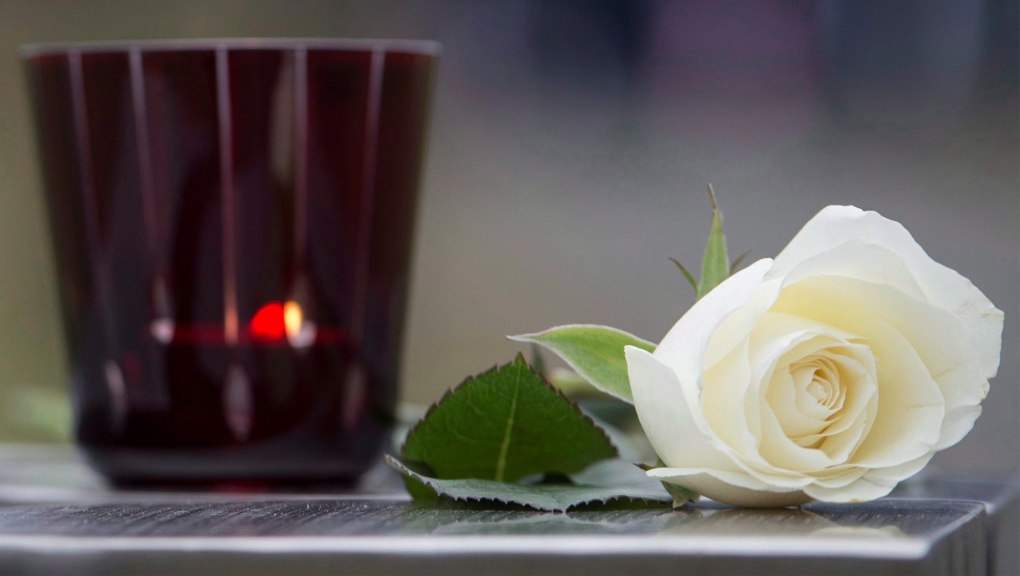 A white rose, as seen in this file photo, has been chosen as the official flower to remember victims of COVID-19 in Quebec. THE CANADIAN PRESS/Graham Hughes

QUEBEC CITY -- The Quebec government has chosen the white rose as the emblem of its national day of remembrance for victims of COVID-19 on March 11.

On that day, it will have been exactly one year since the World Health Organization declared that the spread of COVID-19 had reached pandemic levels.

Flags will be at half-mast at the Quebec parliament building and a livestreamed memorial event will begin at 12:10 p.m. People can tune in on major television networks or on Premier Francois Legault’s Facebook page. The event will also be carried live on CTVNewsMontreal.ca.

The province says the day is meant to honour those who died due to COVID-19, and to give thanks to workers in health-care and essential services.

“In addition to evoking both strength and delicacy, [the white rose] is associated with honour and reverence,” read a Friday release.

The government is inviting Quebecers to participate online by sharing official remembrance images on social media.

At the event, Legault will join families who have lost loved ones, as well as representatives from essential services in Quebec.

“On March 11, Quebec as a whole will pay tribute to the thousands of people who have lost their lives this past year as a result of COVID-19,” said Legault in the Friday release.

“All Quebecers will accompany the families and loved ones of the victims in their mourning.”

He will also be accompanied by the lieutenant governor of Quebec, the president of the National Assembly, a roster of ministers, including the Health Minister Christian Dubé, and leaders of the opposition parties.

Activities are also being organized by different cities and municipalities. Several places of worship have announced they will hold interfaith prayers online on the day at 8 p.m.

“With the arrival of spring and the beginning of vaccination, hope is reborn, and we finally see the light at the end of the tunnel,” said Legault. “But, we will never forget [the people] who lost their lives.”

- This report from the Canadian Press was first published on March 5, 2021