Spokeswoman says Rick Hansen not asked to become next GG 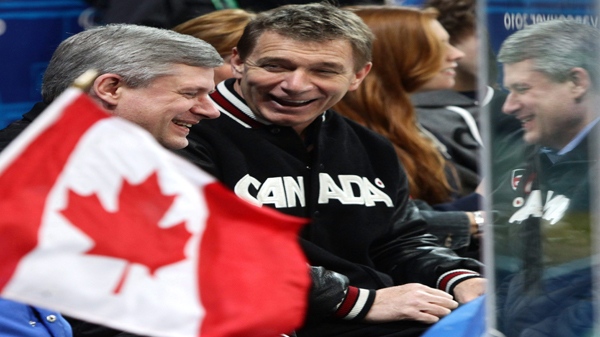 VANCOUVER - A spokeswoman for Rick Hansen is refuting a report that says the wheelchair athlete has turned down the prime minister's offer to become Canada's next governor general.

Erin McMillan said Saturday that Hansen hasn't been asked, formally or informally, to take over the job of Michaelle Jean at the end of her five-year term.

Jean has been the Queen's representative since September 2005, and the Toronto Star reported that Prime Minister Stephen Harper is actively seeking her replacement after deciding not to extend the term.

The prime minister's office declined to comment on the report.

The Star quoted a source as saying that Hansen has been approached about taking the job, but that he wasn't interested.

"He essentially has not been given the opportunity to accept, decline or even consider . . . the role," said McMillan, who is spokeswoman for the Rick Hansen Foundation.

She said there's been speculation for years about Hansen taking on the job of the governor general.

"His response has always been that he's very honoured, really flattered that Canadians would consider him for such a position in our country," McMillan said.

"Currently, he continues to focus on the mission and the work of the foundation, the launch of the Rick Hansen Institute, celebration of our 25th anniversary, and of course, his family."

Hansen put spinal cord injuries on the public agenda 25 years ago with his Man in Motion world tour, and is reportedly intent on continuing his life's work of raising money for spinal cord research.

He was not available over the Easter long weekend due to family commitments.

Last month, Hansen played a starring role in the opening ceremonies for Canada's first Paralympics as his life story unfolded on a giant wraparound screen before he took the stage.

In February, he was one of the five final torchbearers at the 2010 Winter Olympics.

The Star also reported that John de Chastelain, a former chief of defence staff and Canadian ambassador to the United States, is on Harper's short list of candidates to succeed Jean.