Emmanuel Macarine still struggles with the loss of his mother.

Although a coroner investigated the circumstances surrounding her death, he says there are still unanswered questions 19 months later.

"[I'm] having a hard time trusting the words of the coroner. There's some serious doubts," he told reporters on Tuesday.

In February of 2021, Candida Macarine visited Lakeshore General Hospital in the Montreal suburb of Pointe-Claire. The 86-year-old had been experiencing breathing problems.

Several hours after entering the emergency room, she died. Her family was told she had a heart attack.

It was only two weeks later that the CBC News published a news report about a woman found dead on the floor of the Lakeshore Hospital ER.

That's when Candida's family began suspecting there was more to the story.

The family discovered Macarine was placed in an isolation room while awaiting COVID-19 test results. They later learned from hospital staff that her bed was not visible from the nurses' station.

"By putting her in a room with low visibility from the nurses' station, knowing full well the state of my mother was something to be closely monitored -- why would you do that?" said Emmanuel.

The report also said there's nothing to suggest negligence by hospital staff.

But the Macarine family says the report makes no mention of the hospital failing to inform them of the true circumstances of Candida's death, including the fact that she was found on the floor.

And while the report noted there was an alarm system to alert staff of changes in a patient's heart activity, the coroner questions whether it was used, or whether nurses simply didn't hear it. 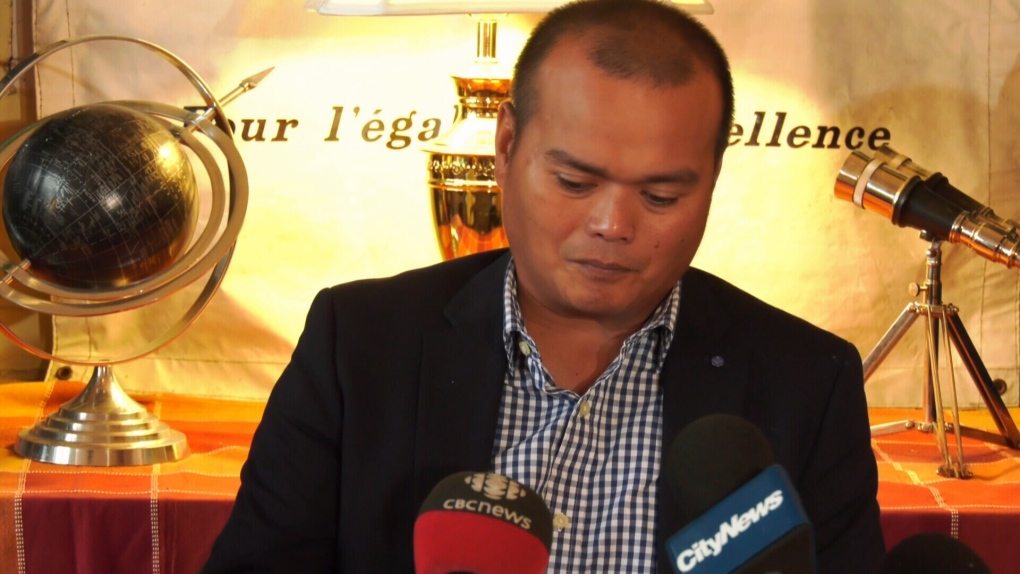 Emmanuel Macarine and his family are asking the coroner's office to redo the investigation into his mother's death. (CTV Montreal/Rob Lurie)

The family called the report "thin." Their representative, Fo Niemi of the advocacy group CRARR, agrees.

"The coroner did not say as to whether there was any nurse on duty or why nobody heard or saw that alarm," he said.

In a statement, the West Island health authority said it's in the process of upgrading these types of alert systems.

"It should be noted that bids are being sought to improve the existing audible alarm system. Until a permanent solution is identified, a service assistant is on duty 24/7 in this sector of the emergency department. This allows us to respond to the visibility issue and to ensure optimal monitoring of patients in order to respond quickly to their needs," the statement reads.

Emmanuel and his family are asking for another coroner's investigation into his mother's death.