Some parents sue Quebec private schools for going virtual in pandemic, appalling others 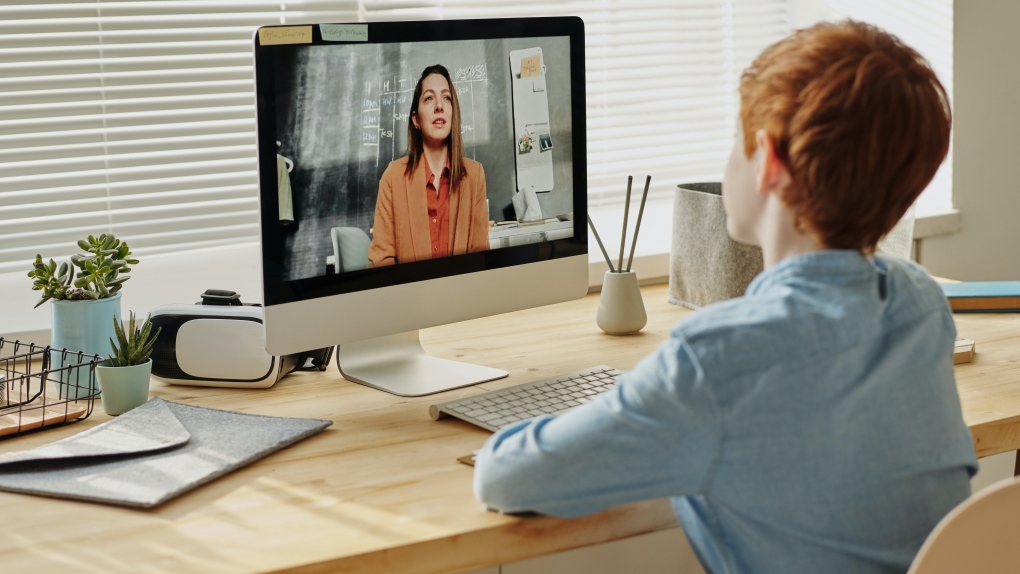 Some Quebec parents were shocked this week to learn there's a class action lawsuit in their names against their kids' schools -- for the offence of going virtual during the first wave of the pandemic.

The complaint before the court is that 113 private schools, mostly in Montreal and the city's suburbs, didn't provide the full services promised in their contracts after the government ordered them to move online in March 2020.

They should be on the hook for a partial refund, argued the plaintiffs. That could be about 40 per cent, earlier court documents suggested.

The legal battle started in summer 2020, when two parents from the suburb of Longueuil took issue with their two children's private school, roughly $6,000-per-year Collège Charles Lemoyne, failing to issue any refunds for that spring.

The grievance turned into a class action with an estimated 47,000 members that was authorized this summer.

The problem, for some parents -- and a possible conundrum for a future judge -- is that it's unclear just how many of those 47,000 people are actually angry at the schools or want money back.

"I don't even know where to begin," said Claire Trottier, the mother of two children who go to a small French-language private school in Montreal.

"I think the people who are doing this have some entitlement issues. It is a little bit tone-deaf," she said.

"When you have that level of privilege that you can afford to send your kids to private school... you choose to take an action like this?"

The parents who launched the case argued it wasn't just about their kids' quality of education, one court document said.

"Parents have been deprived of the usual hours during which their children are entrusted to the care and supervision of the establishment," a judge summarized.

A lawyer bringing the class action said the lead complainants, Stéphanie Bernard and Pierre-André Fournier, have the support of "hundreds" of parents.

"For us, this remedy...is strictly aimed at reducing what has been paid and not throwing stones at schools or teachers," said Jérémie Martin of Champlain Lawyers.

After an earlier writeup on the case by a legal publication, parents reacting online had mixed reaction -- some were appalled, and others said they felt they were owed thousands for cancelled school trips or nonexistent extracurriculars that spring.

'OUR SCHOOL DID AN AMAZING JOB'

Trottier, who taught immunology at McGill University until recently, said the first she learned of the lawsuit when her children's school sent an email informing parents of it this week.

To opt out, she was told, parents must write a letter by snail mail to the Longueuil courthouse, or go in person, by a deadline that's fast approaching, Dec. 10.

Later, other parents said they were told of an easier electronic option.

Trottier said she'll opt out, and a few friends who got similar messages feel the same, she said.

"I don't think that anybody that I know would be like, 'Yeah, give me my refund!'" she said.

"The schools all did the best that they could in very, very difficult circumstances. Our school did an amazing job," she said.

"Obviously the building is great and they have lots of amazing things there, but you can't expect that during a [public health crisis] where you have an infectious virus... that is not the time to be putting everyone together."

"It was a very difficult situation, and it was more difficult for people whose kids don't go to private school."

OPTING OUT, BUT AFRAID OF RISING FEES

Some parents who are against the case, however, are struggling to decide whether to opt out.

"Personally, I think it's stupid and not well thought out... the lawyers are going to get rich and the schools are going to pass the bill onto the parents."

She learned of the class action this week as well, and the school sent a follow-up email explaining that a future settlement will mean school fees go up.

Though Torres finds the lawsuit "nonsense," she said, she isn't planning to opt out, because if fees do go up, she'll want access to the settlement money to cover the difference.

It isn't clear, either, what effect opting out will have, she said. "They don't even stipulate... do they need a certain number to opt out?"

Lawyers say that opting out is not just a symbolic move. It's rare for a significant number of people to do it -- usually, people just bow out of a class action to maintain the right to pursue independent legal action.

But when a major portion of the class does it, it can change the trajectory of the case.

The number of opt-outs would factor first into the math behind a settlement amount, if the schools lose, class action lawyers say.

It also could change the payout system. In many class actions, the defendants pay into a big settlement fund that's then disbursed to individuals.

But there's also an option to do a claim-by-claim process, where the schools would pay individual parents directly rather than send a lump sump into one big fund. That might prove more appealing to a judge looking at a case with a large number of opt-outs.

Finally, judges do appear to be swayed when deciding a case, at least sometimes, if they see a lot of opt-outs. A few years ago, a class action claimed float planes were causing a nuisance at a lake near Shawinigan, but 898 of the 1,747 class members opted out.

The judge dismissed the case, ruling in part that it was hard to see how the planes were a "neighbourhood disorder" when more than half of locals didn't mind them.

In the private school case, the number of people who have opted out so far "is not yet available," said Martin, the plaintiffs' lawyer. However, "in every class action, it is normal for people to choose to opt out, for personal reasons," he said.

"A very large number" have also contacted him and the plaintiffs with messages of support, he said.

The lawyers for the schools haven't yet responded to a request for comment.

In court, it's been far from clear that a lot of parents are angry, Justice Pierre-C. Gagnon of Quebec Superior Court acknowledged in his authorization ruling this July.

In fact, the schools "inundated the Tribunal with sworn statements and documents indicating that the vast majority of parents said they were satisfied with how the defendants performed" during the first wave, he wrote in his ruling.

Collège Charles-Lemoyne, the Longueuil school at the heart of the case, even tried unsuccessfully to enter as proof a survey and a petition showing most parents weren't in favour.

Nor have the two complainants and their lawyers shown they have a lot of support, Justice Gagnon added.

"It remains unclear who among this group of 47,000 people complained about the provision of educational services from March 13, 2020," he wrote.

The estimate of 47,000 is simply based on the number of kids attending private schools in the area.

However, Justice Gagnon wrote that his job just then, at the authorization stage, wasn't to determine how much support the claim had, "especially since the courts do not decide disputes on the basis of public opinion polls."

That's a question for the judge who hears the case.

Justice Gagnon also approved the Longueuil couple as lead plaintiffs, saying their "lack of concern for the positioning of the other parents... is not a sufficient aspect to discredit them as representatives."

Nor does "entrepreneurial lawyering," when lawyers are the driving force behind class actions, disqualify the plaintiffs, the judge found.

The plaintiffs argue the schools essentially broke their contracts when they closed down in-person classes, even if they were ordered to do so by government decree.

The schools' lawyers responded that the decree altered the contracts and that parents had the free choice to cancel at any time.

An earlier attempted class action against some Quebec universities was rejected at the authorization stage, Gagnon wrote, but he would allow this one to go ahead -- though he exempted some schools for various reasons, including that their tuition was so low already that "no justice would be served."

Central to the case, he said, will be the question of whether these private schools' contracts are a consumer contracts "within the meaning of the Consumer Protection Act," and whether it obliges the schools to provide in-person learning and social environments.

Martin, the lawyer for the plaintiffs, told CTV that part of the problem was also that "more than half of the schools during this time accepted the government wage subsidy."

The 113 private schools include all kinds: English, French, big and small, and many religious schools for Jewish, Muslim and other communities. The full list can be found here.