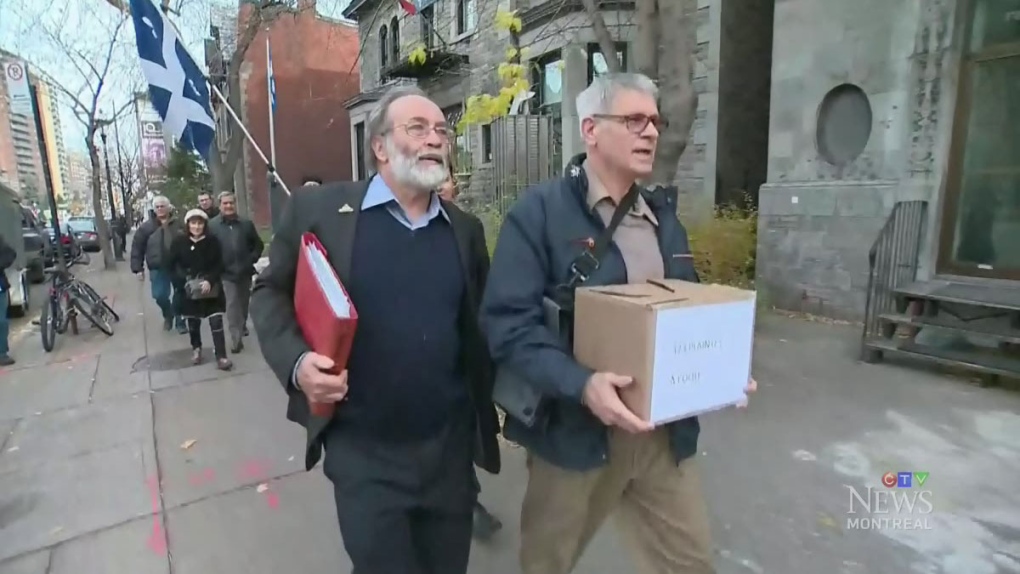 Upset with English-only websites based in Montreal, language activists the Societé Saint-Jean-Baptiste have filed hundreds of complaints with the Office Quebecois de la langue francaise.

They found that 70 per cent of the companies had websites that were exclusively in English, and ended up with 423 websites they felt were in violation of Quebec's language laws.

The SSJB filled out the paperwork and on Tuesday morning, walking across from its office on Sherbrooke St. to deliver a box full of complaints to the OQLF, with Laporte saying it is a matter of simple respect.

"This means that francophone consumers are now getting lower quality information than anglophone consumers," said Laporte. “It is a question of social cohesion, integration and social peace.”

The OQLF accepted the complaints and said they would be investigated.

The government agency would not, however, make any comment about the complaints, and said it would not do so until its work was done.

The office could not say what, if any, action would be taken.