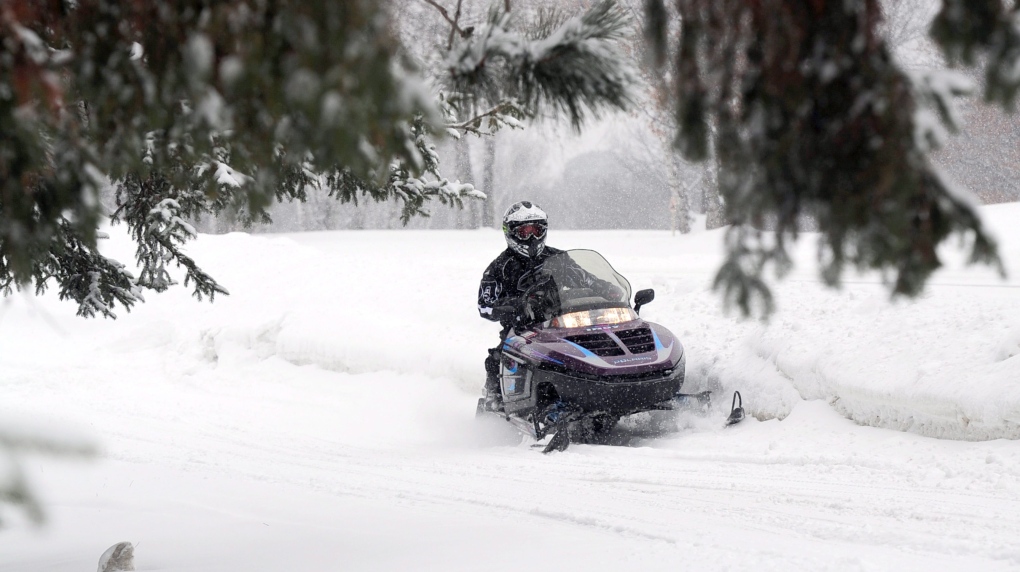 QUEBEC -- A snowmobiler from the North Shore is lucky to be alive after getting in an accident which caused her to spend the night outside in the middle of winter, trapped under a tree.

The SQ received a call on Saturday around 6:45 p.m. regarding the snowmobiler, who was missing since the beginning of the afternoon in Baie-Comeau.

SQ snowmobilers and volunteers began a search immediately to find the woman in her 50s, which lasted until 4 a.m. Sunday morning.

It was only when the search resumed a few hours later that searchers were notified that the snowmobiler had been found, around 8:30 a.m., by the driver of a resurfacer servicing a snowmobile trail in the neighbouring village of Pointe-Lebel. He immediately rescued her and notified the emergency services.

The snowmobiler was transported to a hospital, but there is no fear for her life, according to the SQ

Initial findings from the SQ investigation suggest that the woman swerved off the trail and found herself trapped under a tree.

Mother Nature was rather lenient overnight with the mercury dropping to just minus 2 degrees Celsius - minus 9 degrees with the wind factor - according to Environment Canada.

This report by The Canadian Press was first published Feb. 23, 2020.