Slice of Montreal history for sale: Senator's mansion that hosted Sinatra, Pavarotti, Baryshnikov and others 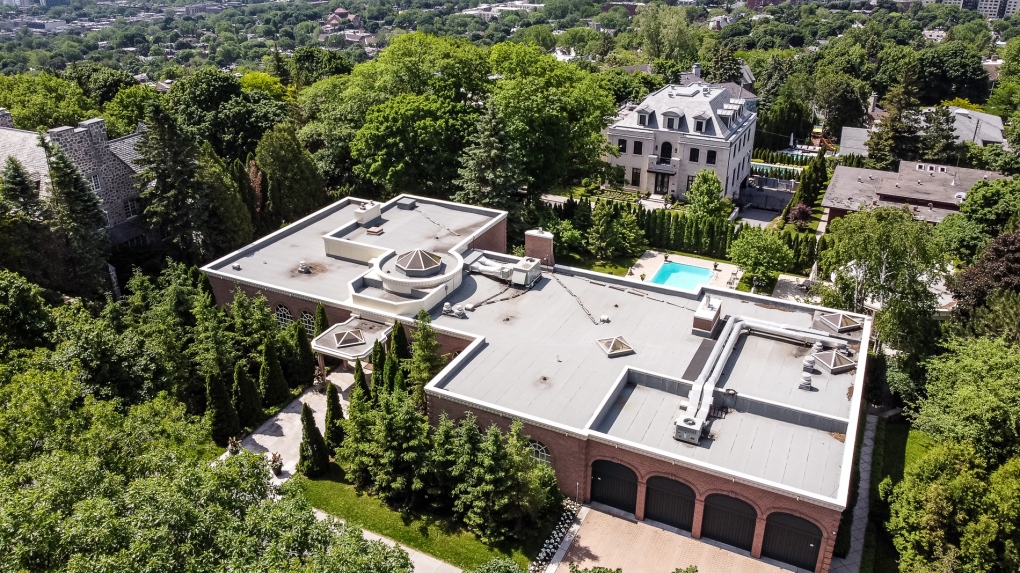 A house for sale in Westmount belonged to a philanthropist who invited over various luminaries when they came to Montreal. The 11,489 square home is located at 100 Summit Circle and belonged to Leo Kolber, who was also a businessman. He was a close friend of Charles Bronfman. SOURCE: Francis Lhotelin

MONTREAL -- If you have $15 million, you can go back a few decades and feel close to some of the world’s most famous departed people, or at least pretend to.

A house for sale in Westmount belonged to a philanthropist who invited over various luminaries when they came to Montreal. The 11,489 square home is located at 100 Summit Circle and belonged to Leo Kolber, who was also a businessman. He was a close friend of Charles Bronfman.

He and his wife first bought a house at that address in 1974. They loved to entertain there, hosting artists and others over the next decade, including Truman Capote before the writer’s death in 1984.

The couple loved entertaining so much, in fact, that they razed the home and rebuilt it in 1988 with their future guests’ needs in mind.

“When [Kolber] built it in 1988 it was with a vision to do his entertaining,” says realtor Christina Miller. 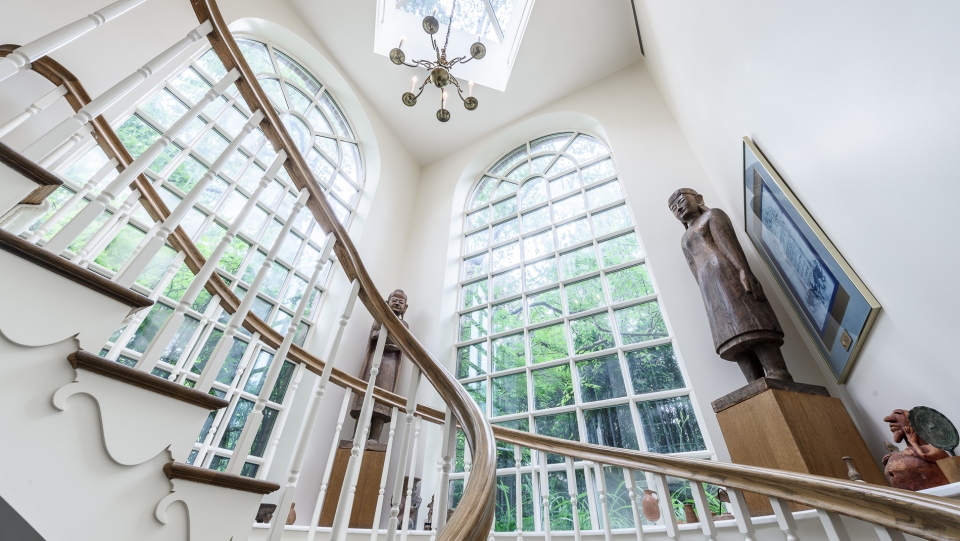 Kolber died this past January. The home is now listed on Christie’s International Real Estate Page, but Miller says she wouldn’t be surprised if the buyer came from the Montreal area.

Other illustrious guests who visited over the years include Frank Sinatra, Luciano Pavarotti, Harry Belafonte, Mikhaïl Baryshnikov and Danny Kaye.

Kolber was appointed to the Senate by then-Prime Minister Pierre Trudeau in 1983 and served as a senator for 20 years. That means a who's who of political figures has also passed through, including Kolber’s close friends Shimon Peres, former Canadian prime ministers Brian Mulroney and Pierre Trudeau, and current Prime Minister Justin Trudeau.

What did the Kolbers imagine as their perfect hosting setup? The house is on a 35,000-square-foot lot facing a bird and wildlife sanctuary, with French doors that open to a vast rear garden and a gazebo.

It has a formal dining room and grand reception room -- or guests could try out the movie theater, tour the wine cellar or use the exercise room and library. The house has wood-burning fireplaces.

That’s on top of many other rooms – the house, designed by Canadian architect Erol Argun, has 20 in total, including five bedrooms and five-and-a-half bathrooms. The private master suite has his-and-her en-suite bathrooms and dressing rooms.

There’s a pool, too. 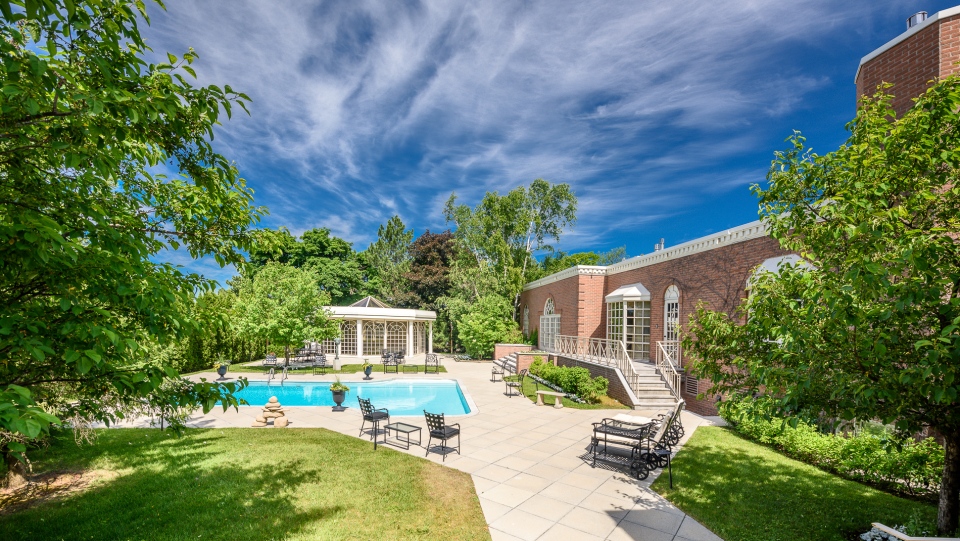 The house is rare in Montreal for being a rare ranch-style bungalow with no front or back neighbours.

But at $15 million, it isn’t the most expensive home in the city. Earlier this month, a home that backs onto Mount Royal sold for almost $20 million. That one came with 30,000 square feet of landscaped grounds, a saltwater pool and cabana and 14-car garage.

“There was a recent sale on Redpath for $18 million, so we’re seeing some big numbers, which speaks to the confidence people have in our market,” says Miller, who credits Canada’s reputation for being safe and full of kind people.

But even with interest rates remaining near record low levels, there’s not too many people who could afford a place like this. CTV calculated that after a buyer puts down $3 million dollars, even with a mortgage rate of 2.49 per cent, monthly payments would be $53,696.21 for 25 years.

The good news is the geothermal heating should help save on other costs. 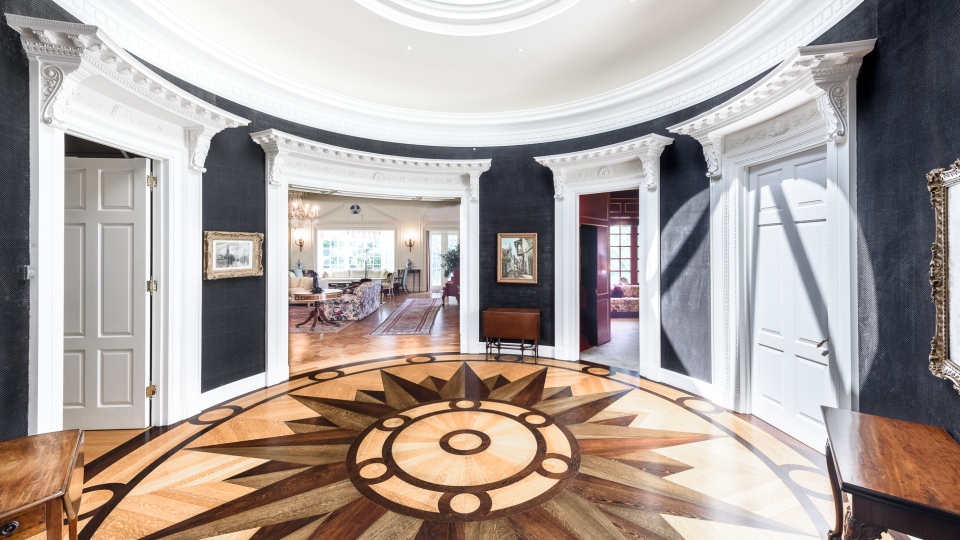