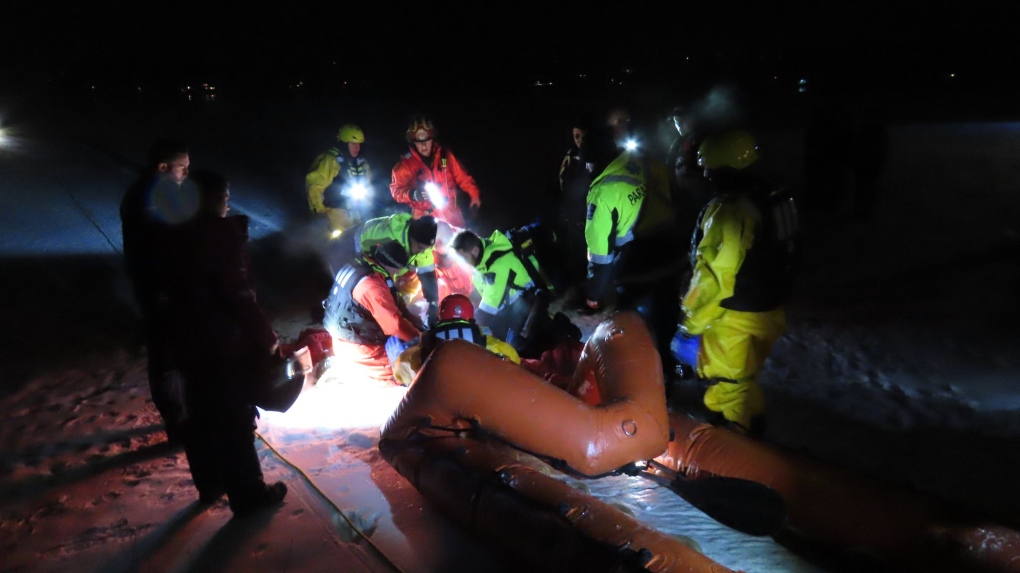 Six snowmobilers went into Magog Lake Feb. 1, 2020 after heading to a dangerous area of the frozen water. SOURCE Sylvain Fontaine

MONTREAL -- Ten days after the deadly snowmobile expedition in Lac Saint-Jean, a tragedy was narrowly averted in the Venice to Magog sector when five snowmobiles ended up at the bottom of Magog Lake.

Six snowmobilers fell into the water.

According to the Régie de police de Memphrémagog, a group of a dozen snowmobilers from Sherbrooke were circulating on the lake at around 8 p.m. when part of the group headed for the mouth of the Magog river in the Venice sector, a dangerous place according to the police.

"Five of the 10 snowmobiles fell into white water at the mouth of the river," agent Carl Pépin told The Canadian Press.

Of the six snowmobilers who ended up in the lake, four managed to get out of the water on their own, but two had more difficulty.

"When the first responders arrived, there was one who managed to get out, but there was another snowmobiler who spent a good 25 minutes hanging on the ice waiting for help," said Pépin.

According to the officer, if the snowmobiler had stayed a few more minutes in the freezing water, "the story would have ended badly."

The two survivors were transported to the hospital, one suffering from mild hypothermia while the one who stayed in the water the longest suffered from severe hypothermia.

"He was completely tense and he was no longer able to speak when the first responders arrived," said Pépin.

The officer said the location is "a problem area, where there have been deaths of snowmobilers and ATV drivers in the past."

"One of the snowmobilers knew the area, (and) he told us that he had warned the group not to venture there, but he told me that they sped directly to where they shouldn't go and he said he couldn't stop them," said the officer. 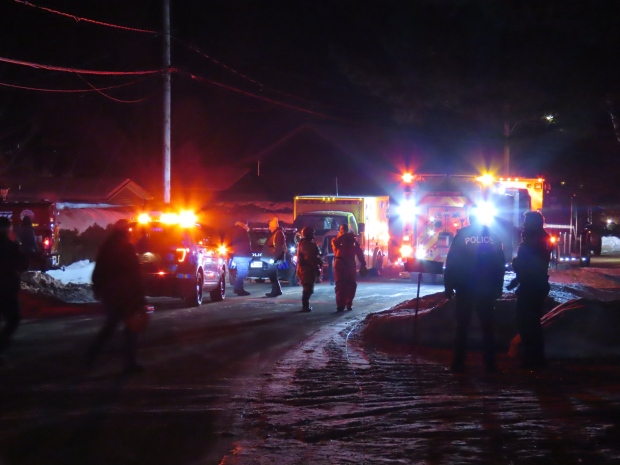 "One of the residents explained to me that when he heard the snowmobiles pass by his house, he knew that it was already too late and that they were already in the water," said the officer.

This report by The Canadian Press was first published Feb. 2, 2020.