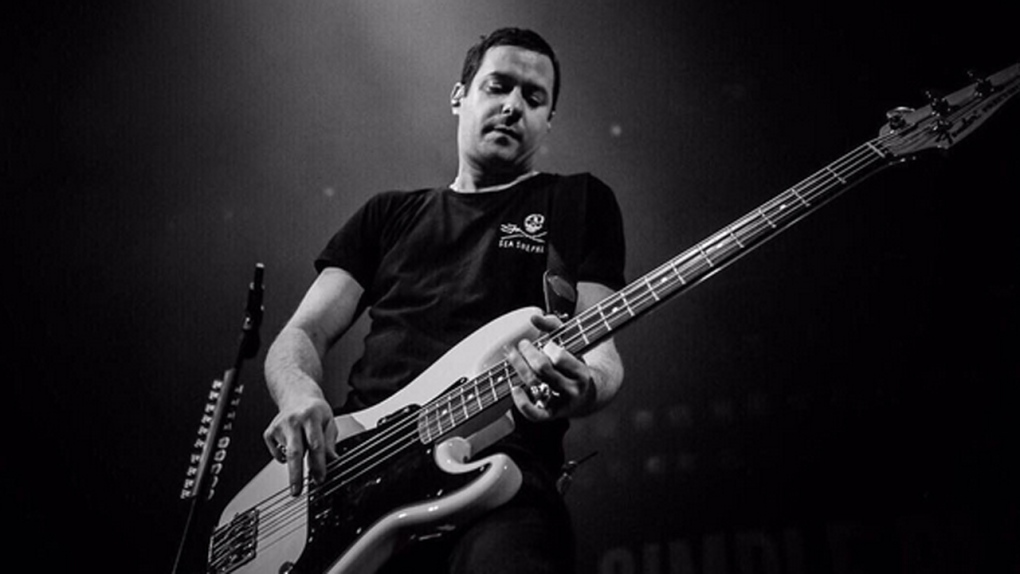 MONTREAL -- David Desrosiers, the bass player in Montreal pop-punk band Simple Plan, announced via his Instagram late Thursday night that he’s leaving the band to seek professional help after a statement surfaced online that he has acted inappropriately with women.

The statement was made anonymously on an Instagram account recently created as a space for people to share stories of trauma they’ve experienced at the hands of others in the tattooing, piercing and music scenes in Montreal.

“Recent public statements have led me to acknowledge that some of the interactions I have had with women have caused them harm,” Desrosiers wrote. “I have decided to withdraw from the band and seek professional help to educate myself and act appropriately in the future.”

The same message was posted to the band’s Instagram around the same time on Thursday.

The claims against Desrosiers – posted two days prior to his announcement – say that he made inappropriate jokes with a minor and began “running after her for sex” as soon as she was of age. The post says a consensual relationship between the pair eventually became uncomfortable for the woman, who says Desrosiers would invite his friends to have group sex with them without her consent. The woman said she felt trapped because Desrosiers allegedly threatened to call the cops on her when she threatened to go public with her experience.

The account, called victims_voices_montreal, began posting just four days ago. Since, around 80 stories have been posted and similar accounts around Canada have popped up as well, including ones for the Gatineau and Outaouais regions.

It was on the Montreal account that Safia Nolin, a musician from Quebec City, made a statement claiming that Quebecois actress Mariepier Morin sexually harrassed her and made racist comments during an interaction between the two at a bar in 2018. Following the statement, Morin addressed the sexual harassment claims through an apology on her Instagram. She didn't address the comment about her alleged racist remarks. Morin has since decided to take a professional hiatus.

Several resources are available for Quebecers who have survived trauma, including the Montreal Sexual Assault Centre at 1-888-933-9007 and Juripop, a free legal clinic at 514 705-1637. Other resources are detailed below by a regroupment of centres in the area: