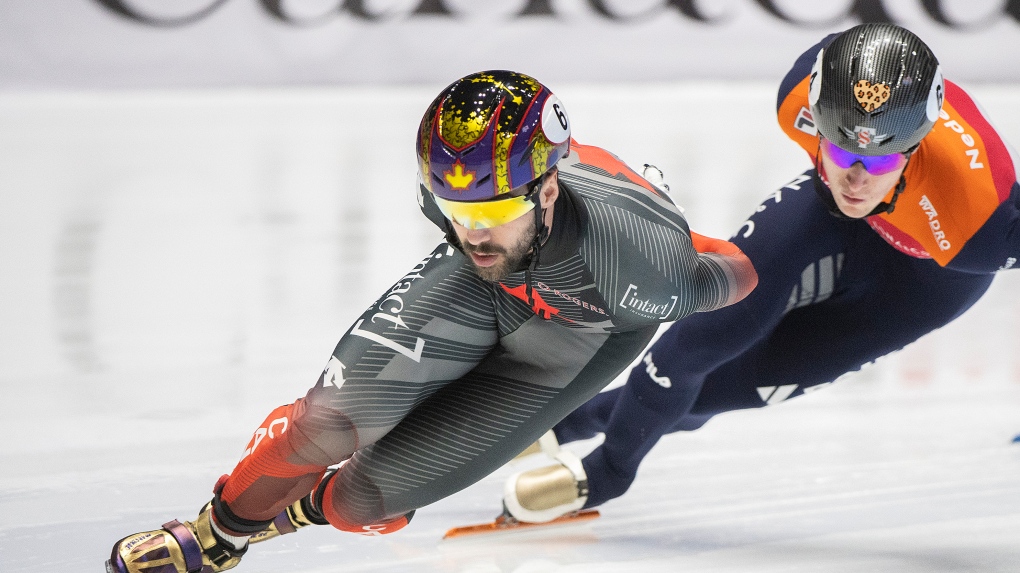 Quebec’s Charles Hamelin wrapped up his long career with a bronze medal in the 5,000-metre relay Sunday at the World Short Track Speed Skating Championships.

The Canadian was unable to hold on to first place in the final laps, edged out first by the Dutch and then the South Koreans, who triumphed.

Hamelin, who will celebrate his 38th birthday on April 14, has won six Olympic and 38 World Championship medals. Set to retire, he’s been active on the World Cup circuit since 2003.

Hamelin was teary-eyed at the end of a tribute video Sunday in which family members and teammates thanked him for the positive impact he has made throughout a distinguished career.

He returned the favour when he spoke.

“Wow, thank you guys. I will never be far away," Hamelin said to the crowd at the Maurice-Richard Arena.

Boutin placed second in all three individual events over the weekend. She went on to place second in the 3000 metre super final and finished the individual portion of the Worlds with 84 points.

— This report was first published in French by The Canadian Press on April 10, 2022.

A delegation of American lawmakers arrived in Taiwan on Sunday, just 12 days after a visit by U.S. House Speaker Nancy Pelosi that prompted an angry China to launch days of threatening military drills around the self-governing island that Beijing says must come under its control.

Two people from Ottawa were killed when their small plane crashed in Port Hope, Ont. this weekend.

A fire ripped through a packed church during morning services in Egypt's capital on Sunday, killing at least 41 worshippers and injuring 14.