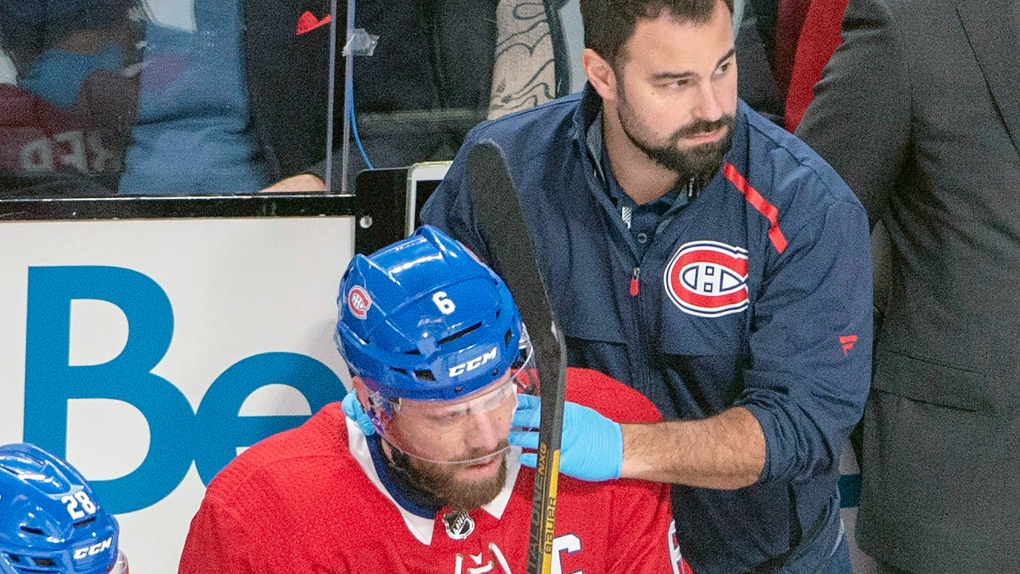 Montreal Canadiens defenceman Shea Weber (6) gets some medical attention after being hit by a puck during first period NHL hockey action against the Minnesota Wild Monday, January 7, 2019 in Montreal. THE CANADIAN PRESS/Ryan Remiorz

MONTREAL -- Shea Weber suffered an ankle sprain and will miss four to six weeks, the Montreal Canadiens announced on Wednesday.

The team made the announcement as rumours swirled, first reported by analyst Nick Kypreos on Twitter, that Weber's injury was season--and potentially career--ending.

"Sources say Shea Weber injury has his season likely over and his future in question," Kypreos tweeted. "Told injury is related to foot that was surgically repaired in 2018. While waiting for swelling to alleviate and further confirmation, surgery seemed unavoidable going into this week."

The Habs quashed rumours that Weber's injury could be career-ending, however, declaring that he is expected to make a full recovery.

Dr. Robert Anderson, an orthopedic specialist in Green Bay, Wisconsin, who has worked with other professional athletes, re-evaluated Weber on Wednesday, the team said in their announcement.

Weber suffered the injury during a game in New Jersey on Feb. 4.

Coach Claude Julien announced last week that Weber would be out of the lineup for a week, at least, suffering from a "lower-body injury."