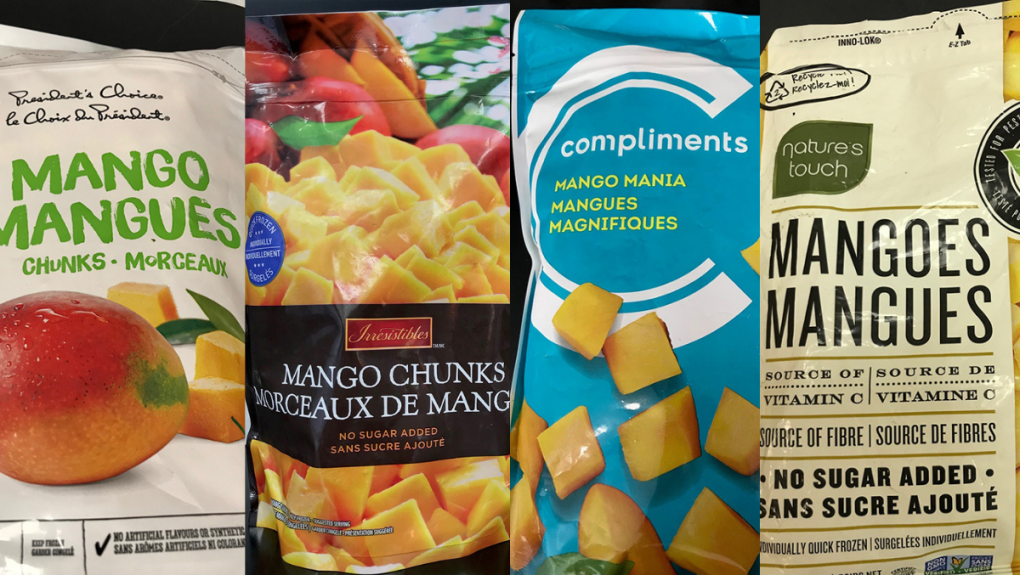 The Canadian Food Inspection Agency has issued a recall for certain brands of frozen mangoes due to possible hepatitis A contamination. SOURCE: CFIA

MONTREAL -- The Canadian Food Inspection Agency (CFIA) announced Friday that Montreal-based Nature's Touch Frozen Food is recalling various brands of frozen mangoes because they may be contaminated with the hepatitis A virus.

The following products should not be consumed according to the CFIA:

All products have the words "best before November 2022" written on the package.

The products were sold in Quebec, Ontario, Saskatchewan, Manitoba, New Brunswick, and Nova Scotia and may have been sold in other provinces and territories.

The infection can also cause jaundice.

Symptoms may appear up to 50 days after consumption.

The CFIA advises people who believe they have become ill after consuming a recalled product to contact a physician.

Recalled products should be discarded or returned to the store where they were purchased.

-- this report by The Canadian Press was first published in French on July 30, 2021