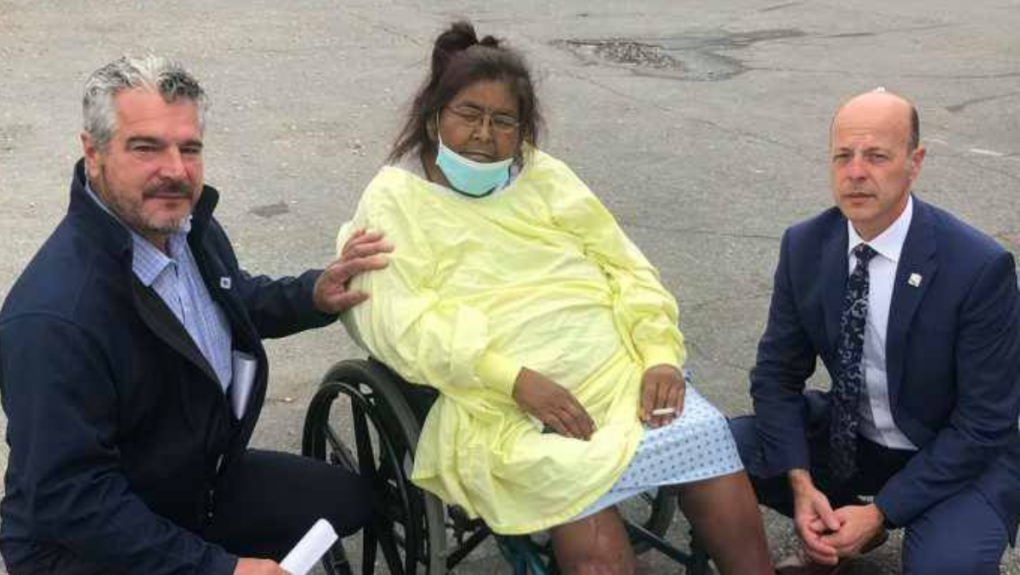 Starting Monday, the Senneterre hospital emergency room, in Abitibi-Témiscamingue, has closed its doors 16 hours a day, which is causing concern among the population and the indignation of Mayor Jean-Maurice Matte.

Matte said the Quebec government is playing Russian roulette with people's lives by limiting the opening hours of the emergency room on Clinique St., which will now operate between 8 a.m. and 4 p.m.

Outside of these hours, patients will have to go to Val-d'Or, to the southwest, or to Amos, to the northwest.

Abitibi-Temiscamingue's health and social services centre (CISSS) made the decision.

At a news conference last week in Malartic, Health Minister Christian Dubé said he supported the decision and said that the reduction of service hours in Senneterre was a temporary solution, while 250 nurses were recruited in the region.

Matte responded that this is a break in service and worries that ambulances and other vehicles will become hearses on their way to Val-d'Or or Amos, 70 kilometres from Senneterre, a municipality of some 3,000 residents about six hours north of Montreal.

Matte said he thinks it is a disaster waiting to happen, and Dubé and Premier François Legault must put an end to it immediately.

Last Thursday, Parti Quebecois parliamentary leader Joël Arseneau argued that the reduction in services endangered the health and safety of the people of Senneterre in addition to further clogging up other emergency rooms in the region.

Coalition Avenir Quebec (CAQ) MNA for Abitibi-Est Pierre Dufour said he recently met with several citizens of Senneterre about the partial closure of the emergency room. In a message on Facebook, he said he was extremely sensitive to the situation and added that all the information he received was relayed to Dubé.

In addition to being Minister of Forests, Wildlife and Parks, Dufour is the Minister responsible for the Abitibi-Témiscamingue region.