A Montreal man who went through so-called “conversion therapy”—and says he’s lucky to be alive after it—celebrated Canada’s new ban on the practice Wednesday, saying he expects it to reach even into the secretive corners of the country where this still happens.

“If just one or two pastors… are prosecuted for that,” said Jonathan Di Carlo, it will have “a chilling effect.”

And if the law had been on the books when he was younger, he added, it would have given him some outside perspective before starting meeting with his church pastor to purge what he was told was the “demon possession” inside of him—being gay.

“I think that if I would have seen messaging about this, and if it would’ve been illegal when I was a kid, I probably would have at least had a bit more pause in allowing him to teach me all of these things,” said Di Carlo, now 33.

Conversion therapy is often seen as a burden imposed by victim’s families, but Di Carlo described a more furtive, and isolating, process.

Even his mother was kept in the dark about the meetings, which went on for almost a decade, until he was in his mid-20s.

“She asked him if he would tell [her] if, you know, there was a chance that I was going to try and take my own life, and he refused to answer,” he said.

After two previous tries, a bill banning conversion therapy, C-4, finally passed both houses of Parliament, with the Senate adopting it Tuesday with unanimous support in what Di Carlo called a surprisingly fast turn of events.

It received Royal Assent on Wednesday, meaning it is now law in Canada, however the four new offences in the Criminal Code will not come into effect for another 30 days, on Jan. 7, 2022.

“I'm really grateful that it passed,” he said.

THE PRESENCE OF A ‘DEMON’

Di Carlo grew up attending a church with about 800 members called the Good News Chapel, in the eastern Montreal neighbourhood of Saint-Leonard.

The church also made the news this week for a major COVID-19 outbreak and a death.

Conversion therapy won’t go away overnight, and it will never disappear completely, Di Carlo predicted. He’s seen as his church has gone through different phases throughout his life, but all of them have involved some kind of effort to “cure” people of homosexuality, he said. 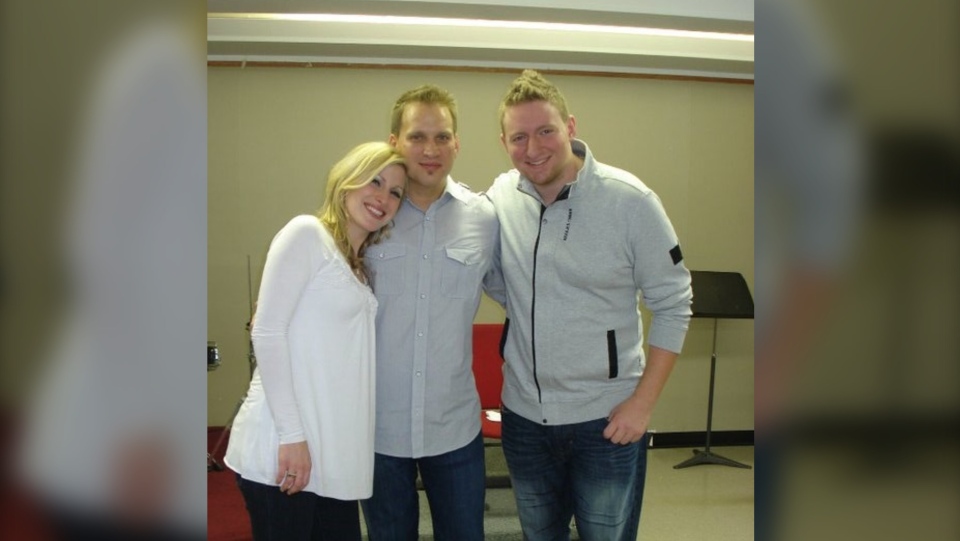 As a child, he was taught that both homosexuality and pornography were “slippery slopes to being a pedophile,” he remembered.

During that era, the church would hold attempted exorcisms when people admitted to same-sex attraction.

“You'd have to go in front of the church and have all of the church elders… elderly white men in their 60s and 70s…. put their hands on you and start shouting at you,” he said.

“And so that's very embarrassing… very traumatising, because people are shouting at you, like ‘Come out of him, you demon,’” he said.

“It really makes you feel that there's something wrong with you, that you supposedly let these demons into your life.”

Di Carlo said he began realizing he was different around age 11 but was too afraid to tell anyone.

In 2007, a new pastor and his wife took over: Steve and Jessica Gesualdi.

The public exorcisms ended, and a new kind of approach began—closed-doors sessions that were kept secret, both from families and from other church members going through the same thing, whom he only learned about years later, Di Carlo said.

He finally confided in the Gesualdis about his same-sex attraction and began sessions with the pastor around age 17.

It’s important to remember that “the idea of conversion therapy as a ‘therapy’ is really a misnomer,” he told CTV.

From the outside, it’s “maybe something that's kind of similar to psychology sessions, but he has no formal training in any kind of counselling.”

Still, Gesualdi would use the sessions not to just tell Di Carlo to pray, but to expound on his theories about what in Di Carlo’s life had “made” him gay, he recalled.

“Maybe it's caused by, you were, like, sexually assaulted, and you don't know about it, or maybe your mother was overbearing, and the lack of a father figure caused you to be gay, stuff like this,” he said.

In Di Carlo’s case, his father—who had been a friend of the pastor’s—had had brain cancer and had needed to live in a medical facility since Di Carlo was 14.

Gesualdi would tell the teenager that his dad was not only absent but belittled the man in other ways, saying he had been a bad hockey player, for example.

As Di Carlo got older, he did two long fasts, drinking only water for 40 days each time and losing an immense amount of weight.

He was suffering deep depression and anxiety, but he said Gesualdi told him those feelings were “the devil trying to control me” and urged him not to seek outside help or to take medication, even though a real therapist had suggested it.

He felt “inadequate and flawed and broken,” he said.

“I really considered numerous times to take my life because I didn't really see any point in living as a gay person.”

One strong point in the new bill is that it goes into detail in defining the different activities that are considered conversion therapy, which is not a term many churches actually use, said Di Carlo.

Gesualdi “wouldn't have said that he's giving conversion therapy, he would just be saying that he is, you know, discipling me or mentoring me,” he said.

In the end, it turned out that Di Carlo’s secret, despite leading to so many painful years, wasn’t greeted with the horror he imagined when he did tell his family.

As Di Carlo passed through his mid-20s, his friends began to get married, throwing him into another deep depression.

That was when his mom picked up on it, going to see Gesualdi in desperation.

“She remembers, vividly, saying to him… ‘Do you think he's gay? Is he gay? Is that why?’” she later told Di Carlo. “He kind of brushed it off.”

The thing was, Di Carlo’s mother cared far less about her son’s sexuality than whether he was okay.

“A lot of the messages about homosexuality that I heard were from church, and I never heard any disagreement at home with those messages,” he said.

“So I guess I… figured that their response to it would be the same as church people.”

In the end, he learned that “my mom would have been fine with it,” he said.

“She didn't care if I was [gay]—she was concerned for my safety.”

Sometime afterwards, Gesualdi decided Di Carlo was a “lost cause,” he said, and simply stopped responding to his texts.

He came out to close family and friends in 2015, around the time he turned 27.

Starting a new Facebook profile, he picked a new name—Jonathan—to replace his old name, John Michael, so no one would find him.

It wasn’t easy. About two years later he came out to his old church friends, who rejected him, so “I basically had to kind of rebuild my life,” finding entirely new friends, he said.

But Di Carlo had started dating someone who was “very patient” and helped him try to undo what he had learned, he said.

More recently, he legally changed his name to help put the past behind him.

“All of the pain I went through, you know, being known as John Michael… it was just really, really devastating,” he said.

On top of the new bill, he said it’s crucial to create publicly accessible therapy for victims, who may not have health insurance for private therapy. And there needs to be more education within the provinces, so that people will know how to spot violations of this new federal bill.

How often will that happen, realistically?

It’s true that few people within churches like his former one are likely to call police to report conversion therapy, he said.

But from now on, the new law will allow former victims to file reports after they extricate themselves, possibly saving others from similar experiences.

He also thinks police could intervene in ongoing cases if third parties, like his mom, realize what’s happening and call police.

And it’s not impossible that young, gay church members could blow the whistle on their own pastors, or anyone else being told to “convert,” he said.

“I would tell them, first and foremost, there's absolutely nothing wrong with you,” he said.

“The way you are, your sexual orientation, your gender identity, is perfect, just the way it is -- you don't have to change.”

“And then secondly, I would tell them to report it, because it's illegal.”