The Palais des Congres is known for hosting major events within is walls but what happens up on its rooftop is a well-hidden secret.

The convention centre has had a rooftop garden since 2010 where fruits, vegetables and herbs are grown.

Initially the idea grew as a way to help reduce so-called heat islands in the downtown area, but the resulting harvest has proven to be an added benefit.

Each year the garden produces around 650 kilos of food, and much of the produce is used by the congress centre’s official caterer to feed delegates at the Palais. 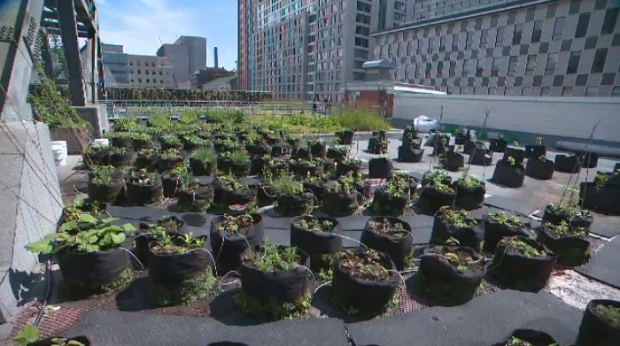 The garden also functions as a teaching tool, to show building owners and managers how to create green roof-tops.

“The space that we use to produce the same quantity of strawberry is less because we are vertical farming,” Asselin explained.

Vertical methods also allow the berries to grow quickly, in addition to taking up less space than traditional farming. 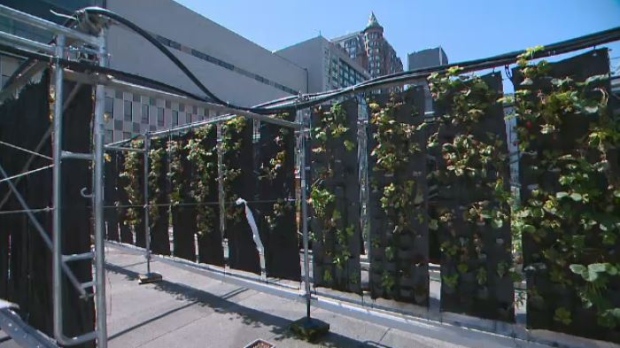 The roof is also home to bee hives, which provide tasty honey but also help with pollination.

In fact, the rooftop honey was even given to former U.S. President Barack Obama as a souvenir gift last month when he was in Montreal to deliver a speech.

The garden is so fruitful that it actually produces more food than the Palais needs. So a portion of the harvest is donated to the Maison du Pere to help feed those less fortunate.

The shelter relies on donations to prepare the 1,000 meals it serves each day, and the fresh produce from the garden provides welcome and delicious ingredients.