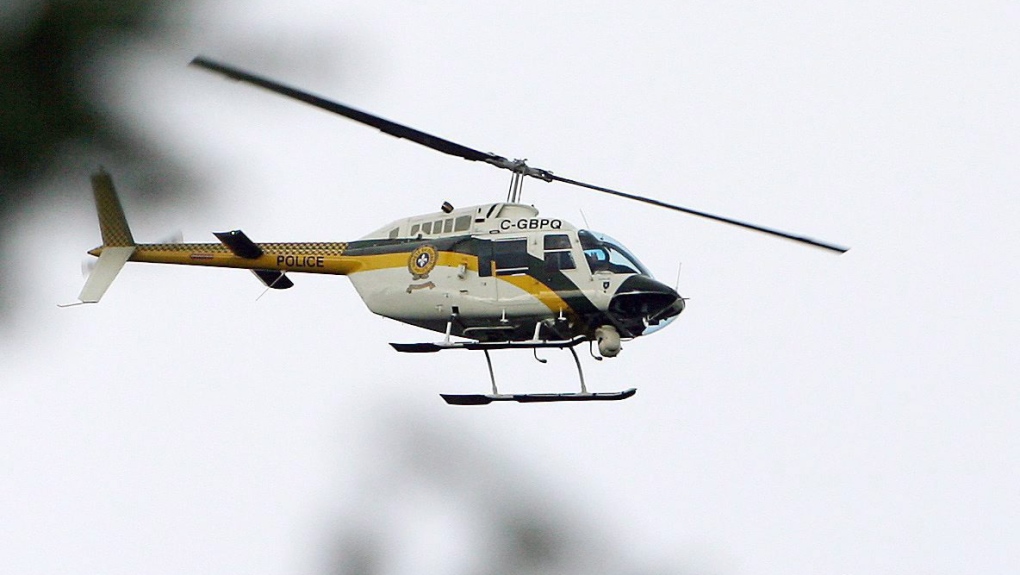 A Surete du Quebec helicopter is searching the Rouge River for the father of a four-year-old girl who was found drowned. THE CANADIAN PRESS/Sean Kilpatrick

CHAZEL, QUE. -- Quebec provincial police say a man who was believed to be lost in a forest in the province's Abitibi region has been found.

She says the man, in his 50s, is being evaluated by paramedics who will decide whether to transport him to hospital and that his life is not in danger.

The man had left around 5 p.m. on Friday evening to look for something that had been left in a wooded area in Chazel, Que., around 400 km northeast of Sudbury, Ont.

Dorsainville says steps were taken to try to find the man on Friday, with a search on foot continuing into the night and resuming on Saturday morning and that police were assisted by volunteers.

Police say the man was not equipped to spend the night in the forest.