Science of scooping snow: Which is better, straight or bent-handle shovels? 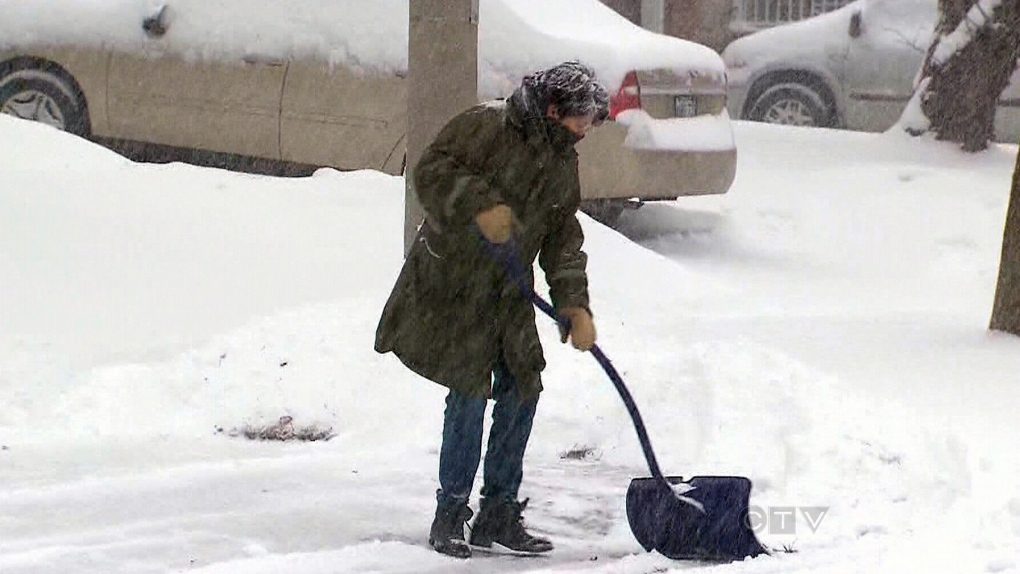 A woman shovels snow from her driveway in Toronto on Saturday, Dec. 14, 2013.

For most Canadians, winter means snow, and snow means shovelling. And for many of us, that can mean back pain. So would using a bent-handle snow shovel help to avoid the pain?

He recently completed a study comparing regular show shovels to bent-handled versions to see which were better on the lower back. He discovered that for the lifting part of the snow-shovelling process at least, the bent-handle version really is better.

Bent-shaft shovels have been on the market for a few years, but as Lewinson and his team write in the journal Applied Ergonomics, "no scientific evidence exists to support its use, in terms of reducing mechanical loading at the lower-back." So they decided to study it.

"We were primarily interested in looking at lower back flexion to see how much bending people were doing when using one type of snow shovel or the other," Lewinson said in a statement.

"What we found is that when you use the bent shaft snow shovel, you don't bend over quite as much."

For the study, Lewinson's team recruited eight healthy volunteers who were asked to simulate shovelling and lifting snow by scooping up 3 kg sand bags in a biomechanics laboratory, using both straight and bent-shaft shovels.

The study found that the bent-handle shovels reduced the amount of bending required, as well as how far the volunteers had to bend over. The shovels also reduced mechanical loads on the lower back by 16 per cent.

"I think that's a pretty substantial reduction," Lewinson said. "Over the course of shovelling an entire driveway, that probably would add up to something pretty meaningful."

The study looked only at the lifting part of shovelling, not at throwing snow, or at chopping or pushing it. But Lewinson says for himself, he now uses a bent-handle shovel more than his straight shovel.

"Our study found the bent shovel is better for lifting, which I think is one of the most important components to shovelling snow, so I've been using the bent shovel more often," he said.

"It's possible that the straight shovel could be better for other aspects of shovelling, but we'd need further research to determine that."