School in the age of COVID-19: Quebec to reopen amid rigid distancing rules

MONTREAL -- Quebec schoolchildren will be entering a vastly changed environment this week when they head back to classrooms that have been closed since mid-March because of COVID-19.

Students will be subject to physical distancing, frequent handwashing and carefully co-ordinated school days spent in large part at their desks while school officials keep up with cleaning, disinfection and following public health guidelines.

The province is the first to reopen elementary schools in the country, and others are watching the rollout closely. One western Quebec principal said she's confident children will be able to adapt.

"Our personalities haven't gone out the window. We're still going to be welcoming them with a big smile, making sure they feel safe, they feel comfortable."

Some schools, including Halpin's, have prepared videos to prepare parents and kids for the reality -- teachers donning goggles, masks and gloves; taped arrows on the floor to remind students of the two-metre distancing rule; playground equipment closed off with caution tape.

"It's taken a lot of thought and a lot of process in terms of trying to think of absolutely every single base that we need to cover to ensure we're welcoming our kids back with open arms while following the public health guidelines," Halpin said. 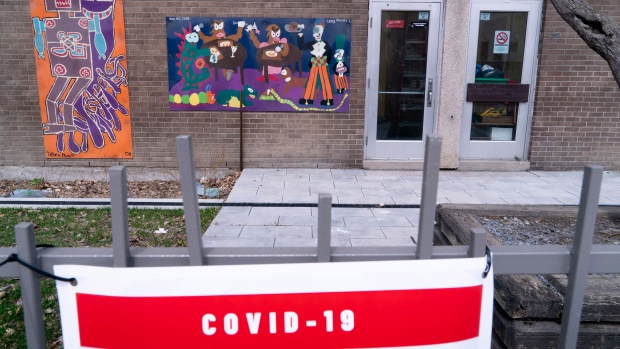 Only elementary schools outside the greater Montreal region will begin reopening Monday. Montreal, hard-hit by COVID-19, will wait until at least May 25. High schools across the province remain closed.

About 80 per cent of students have requested buses, which due to distancing rules can't fit children from more than 12 households per bus, school board chairman Michael Murray said.

As with teachers and staff, bus drivers will also have to be outfitted with protective gear, he added. Officials have also installed sanitation stations in classrooms, near bathroom entrances.

Quebec has not made returning to school mandatory, and Murray said just over one-third of the region's 3,000 English students have registered to return.

"We do understand from some parents' replies, they are waiting to see how things go before they decide for a second or third week, and that's going to be a moving target between now and the end of the school year," he said. 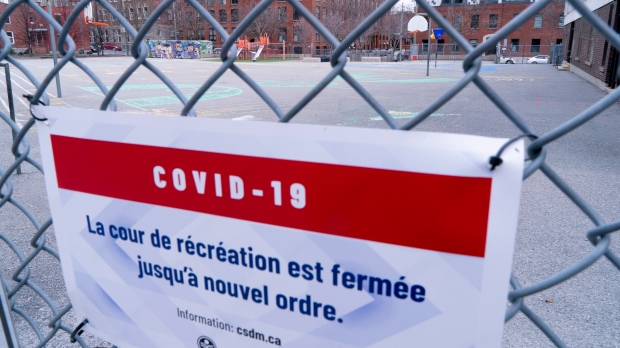 While public health officials have set the maximum number of students per class at 15, most Quebec classrooms can't hold more than 10 or 12 while respecting distancing measures, which could pose a problem come September.

"It's a trial run. It's a way to prepare for September," Murray said. "But pragmatically, if schools are opened in September under these conditions, we'd need to triple or quadruple the number of school spaces."

It may not even be practical now, Murray acknowledged.

"It's a way of learning to what extent those rigid, easy-to-pronounce and hard-to-apply rules will need to be bent or ignored in order to provide some kind of support for students," he said.

Another issue the board is looking to deal with is the elimination of breakfast and lunch programs that Murray said many students depended on for adequate nutrition. He noted that one of the government's original justifications for reopening "was to restore the kind of services, other than teaching, that schools provide for their students."

The Western Quebec School Board, which includes Eardley, will open fully on Tuesday after teachers and staff undergo personal protective equipment training Monday. Alain Guy, the board's chairman, said only about 14 per cent of its 3,875 enrolled elementary students are expected back next week.