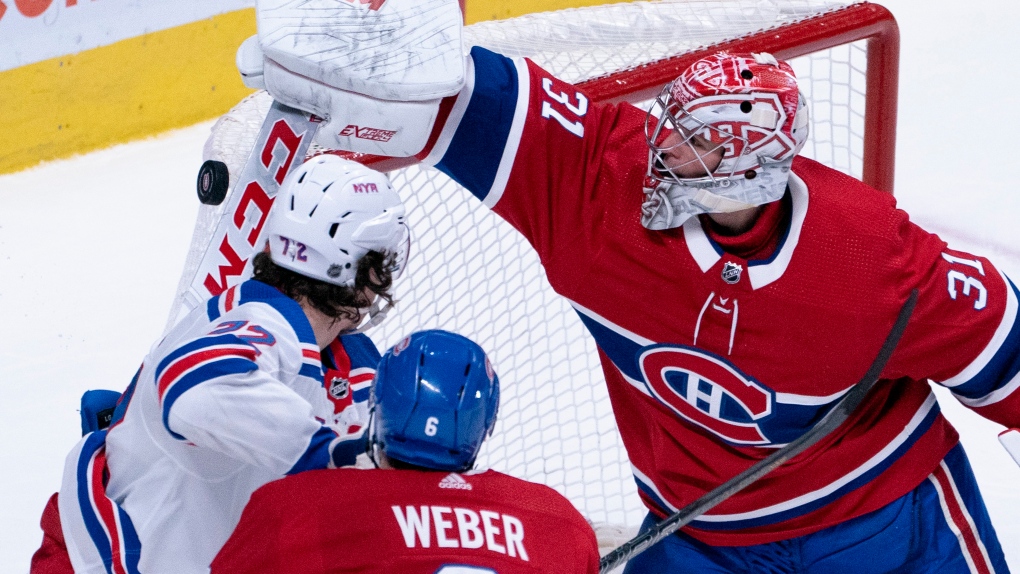 MONTREAL -- Ryan Strome scored twice and added an assist as the surging Rangers rallied to a 5-2 victory over the Montreal Canadiens on Thursday to extend New York's win streak to five games.

The Canadiens' thin playoff chances got even thinner. Montreal is now nine points behind the Toronto Maple Leafs, who beat Florida 5-3 on Thursday.

The Rangers have won nine straight games on the road and improved to 9-1-0 in their past 10 contests overall.

The visitors were down 2-0 in the second period but they cut the deficit at 18:34 when Di Giuseppe skated hard to the net and deflected Fox's pass past Price for his first goal of the season.

New York pressed hard in the third, looking to keep the win streak alive. They scored four times, including twice in a 1:15 span to take the lead.

After being denied by Price on a one-timer seven minutes in, Zibanejad scored the tying goal with a wrist shot blocker-side from the right face-off dot at 11:06. Zibanejad scored in his sixth straight game and extended his point streak to nine.

Fox gave the Rangers the 3-2 lead 1:15 later when his shot from the blue line found its way through traffic and beat Price five-hole.

Strome put the game to bed with a power-play goal with 4:37 left on the clock when he deflected Tony DeAngelo's point shot. He added an empty-netter with 1:33 to play.

The Canadiens dropped to 2-5-2 in their past nine.

Montreal took an early lead through Domi's 16th of the year at 3:12 of the first. He extended his point streak to four games when his cross-crease pass to Tatar went off Fox's skate and in.

Domi has seven points in six games since failing to get a point in five straight.

That score line held through most of a stoppage-filled period until the teams traded goals in the final three minutes.

Tatar put the Canadiens ahead 2-0 on a mesmerizing breakaway goal. After being sprung by Brendan Gallagher in the neutral zone, Tatar froze Georgiev with a forehand-backhand dangle for his team-leading 22nd goal at 17:01.

With the goal, Tatar tied his career-high with 58 points in 65 games this year. He had 58 points in 80 games last season.

This report by The Canadian Press was first published Feb. 27, 2020.