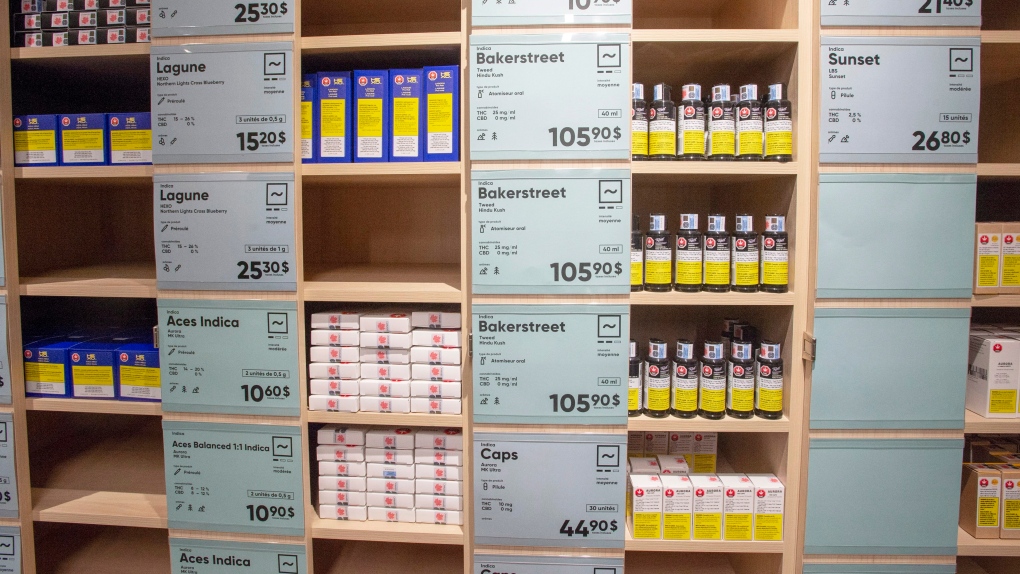 Cannabis products are seen on the shelves at a new Societe Quebecoise du Cannabis (SQDC) store during a media preview Tuesday, October 16, 2018 in Montreal. THE CANADIAN PRESS/Ryan Remiorz

Unionized employees of the Rosemont-Petite-Patrie branch of the Societe Quebecoise du Cannabis have voted in favour of a strike mandate.

The 21 workers are represented by the United Workers of Food and Commerce union, which is affiliated with the FTQ. The strike mandate vote was unanimous.

Salary is at the heart of the labour dispute, with workers saying they shouldn’t be considered servers, since they also advise customers on the variety of cannabis products sold.

The two parties have held roughly 10 negotiation meetings thus far, with several clauses of the collective agreement having been settles. But a union official said on Tuesday that clauses having to do with monetary compensation are still unsettled.

In addition to the Rosemont-Petite-Patrie branch, the union also represents SQDC employees in the Rimouski and Mirabel branches. Those branches are not affected by the strike mandate.