MONTREAL -- For the first time since Josh Anderson gave Habs fans a chance to hope on July 5 and a shirtless Nikita Kucherov a "reason" to call down a fanbase a couple of days later, the Montreal Canadiens will lace up and return to the ice at the Bell Centre Saturday night.

The puck drops against the New York Rangers at 7 p.m., and two games in, the expected red flags have unfurled, overreactions made, and various "shoulda knowns" blasted among the faithful few staring out of windows at the rain with the lights out wondering if they were really that close to a Stanley Cup win or if it was all a dream.

This is the comedown after the rush, the return to base after the Death Star has been destroyed, the days wandering the Shire after the ring was destroyed...

This is Rocky II.

It's the season after the almost. Every Canadian team has been here (except Toronto), and none have figured out how to recapture the magic after a run to the cup finals.

Let's look at the damage after two games and also gaze at the hope for game three.

"I feel like a Kentucky Fried idiot, Rocky Balboa.

Losing to the "ready for round one of the playoffs" Toronto Maple Leafs in Toronto 2-1 to start the season is, er, sigh, fine, but getting manhandled by the Buffalo "just one more number-one pick needed" Sabres and losing 5-1?

"The Sabres are beating Montreal 4-1 and don't look awful," said one cynical Buffalo fan texted me. "Also, Montreal doesn't appear to be a good team... Some guy named Anders Djork scored a goal for the Sabres early."

That performance against Buffalo was awful. The Habs are going to need to be much better against a huge crowd at home. 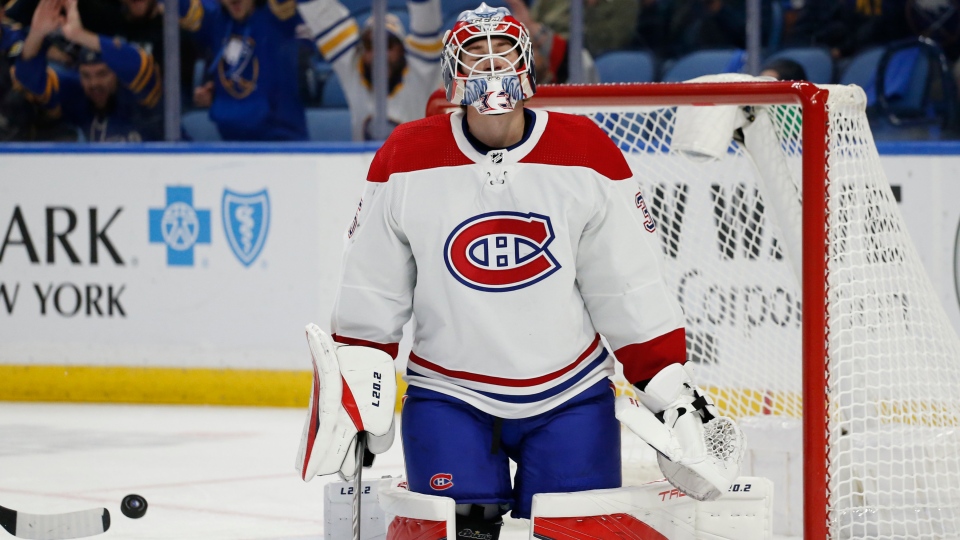 The Rangers are also 0-2 and have a 5-1 thrashing of their own on the books courtesy of the Washington Capitals.

Rangers fans, however, are less pessimistic than those wearing red tonight may be.

"Encouraged by their play in the last two periods," said one Rangers fan. "(Adam) Fox is still something else though."

"Now you didn't even see that comin', did ya? And that's comin' from a broken down punk like me," Mickey.

Seeing the bleu-blanc-rouge skate out sans Phillip Danault, Carey Price and Shea Weber to start the season was a solid hook to the gut and major loss of leaders, and though we hardly knew ya' Jesperi Kotkaniemi, the young Finn's absent face (and incredible choice of hat) has gotta count for a solid jab at least.

Christian Dvorak is a welcome addition to the squad and Mike Hoffman coming soon is good news (he practiced on Saturday), but it's clear there's a leadership void. The likes of Brendan Gallagher, Jonathan Drouin and Jeff "the Dish" Petry are going to need to head on over to the red corner and find a way to motivate the troops.

Speaking of faces, it'll be the first time Quebecers will get to watch native son and hockey card fraud subject Alexis Lafreniere.

The St-Eustache product and former number-one pick hasn't scored yet this season.

A big fat Oh-fer on the power play is bad (0-8), but that sadsack five-on-three against the Sabres was like trying to get through Rocky V.

Tyler Toffoli, Cole "Bilbo" Caufield and the $7.8 million dollar man Nick Suzuki need to get a point and shoot on net more than 19 times over two games.

Oh, and Alexander Romanov needs to be much better.

"Why don't you stand up and fight this guy hard? Like you did before? That was beautiful," Mickey.

The Habs penalty kill, a Balboa set of abs in the playoffs last year, has gone very soft, very fast.

We all knew this was coming.

It should be no surprise that without Weber, Price, Danault or Byron ready to take those body blows all game long, the PK would be less effective, but if that 55.6 per cent success rate continues, the season could be Appolo Creed post-Ivan Drago in Rocky IV real fast.

Over 21,000 red-clad fans can be an amazing thing, but it can also go the other way.

Having a capacity crowd is a precarious thing in a Canadian market, but if Caufield, Suzuki or any of the other underperforming stars on the Habs score, you know it'll get loud real quick and no one will remember the names Kyle Okposo or Tage Thompson (if they didn't forget them already).

If Lafreniere, Chris Kreider, Fox or Mika Zibanejad wind up with points early, however, we all know the noise that reigns down on the ice real fast. Hint: it rhymes with the noise cows make.