Anti-capitalism protest leads to broken windows, one officer and one citizen injured 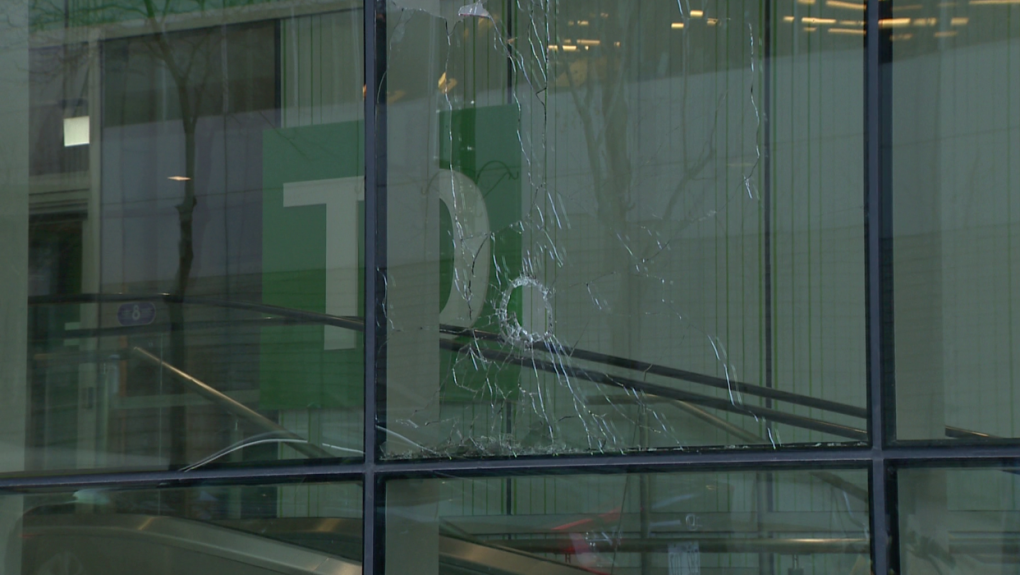 An anti-capitalism protest near Place du Canada in downtown Montreal turned violent on Sunday, according to police (SPVM), with demonstrators throwing rocks and officers using "chemical irritants" to disperse the crowd.

One man was arrest for assault with a weapon against a police officer and investigations were opened regarding a total of 12 criminal acts, police say.

One police officer and one citizen were injured, although the extend of these injuries is unknown.

The protest escalated around 5:45 p.m.

An SPVM spokesperson said rocks were thrown through the windows of commercial buildings and at police officers, and property was graffitied. 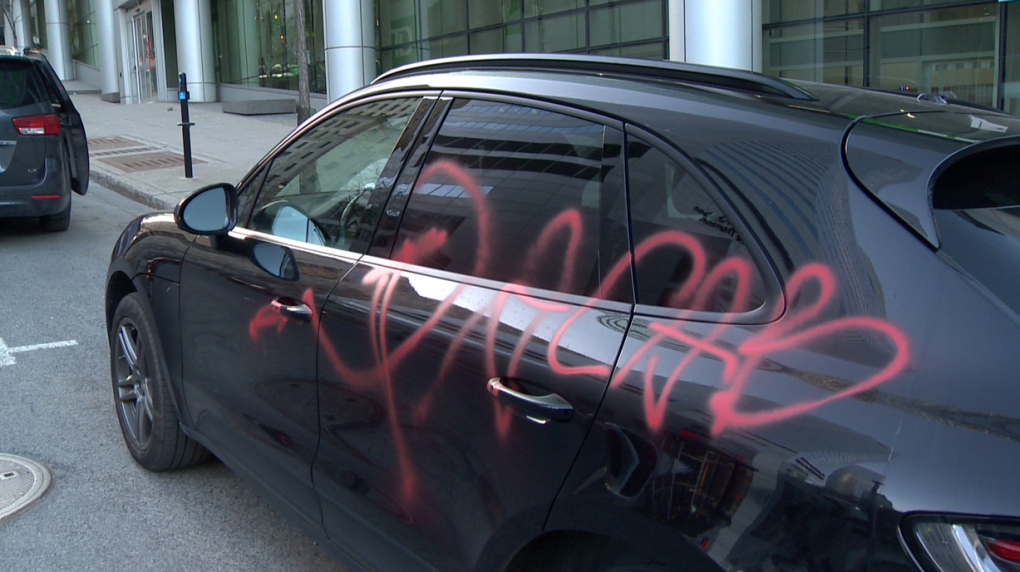 A car was graffitied during an anti-capitalism protest in Montreal on Sunday, May 1, 2022. (Cosmo Santamaria)

Some protestors placed objects in the street to slow down police, according to the spokesperson, who said "chemical irritants" were used to control the crowd.

Police say the situation is now under control and most of the crowd has departed.