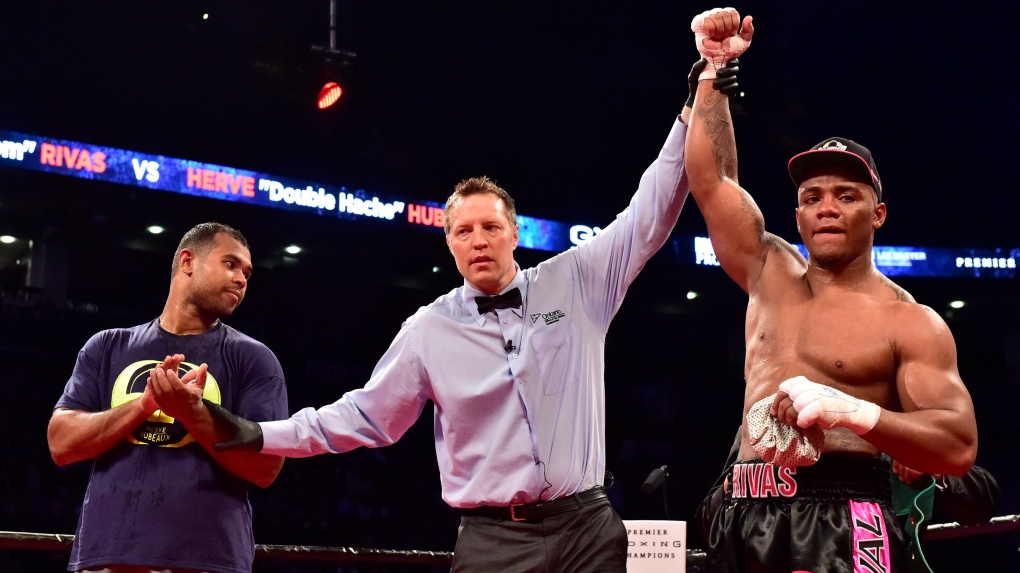 Herve Hubeaux, left, looks on as the referee holds up Montreal-based Colombian Oscar Rivas's hand after Rivas won the minor NABF heavyweight boxing match in Toronto on Saturday, May 19, 2018. THE CANADIAN PRESS/Frank Gunn

The heavyweight ranked third at the World Boxing Council (WBC) will still be represented by Groupe Yvon Michel, but this association with Top Rank gives him access to ESPN platforms, a partner of Top Rank.

Rivas (26-1, 18 KOs) was still undefeated when he travelled to England to face Dillian Whyte for the interim WBC title. After sending Whyte to the mat in the ninth round, Rivas lost in a close decision. It was then determined that Whyte failed a doping test a few days before the fight, but was later cleared by the British anti-doping authorities and the WBC for 'lack of sufficient evidence.'

The 32-year-old boxer has not fought a fight since that July 20 bout.