Restaurants collecting socks for the homeless 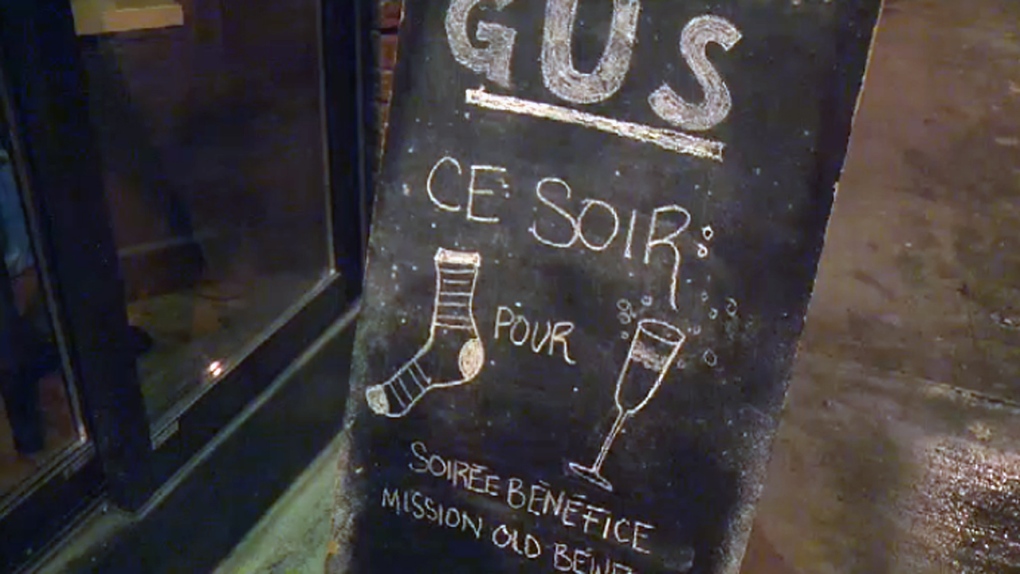 Restaurant Gus is collecting socks for the homeless until Nov. 26, 2017

Restaurateurs around Montreal are collecting socks for the homeless for the fourth year in a row.

Ten restaurants are taking part in the sock drive led by David Ferguson, the chef at Gus.

This year's drive began with a Socks for Bubbly event at his restaurant as diners were asked to donate socks before eating dinner.

For the next week those who bring a pair of socks to Gus will get a glass of sparkling wine in exchange.

Ferguson began the annual sock drive after learning how necessary socks were for those who do not have a permanent home.

"Something we take for granted but it's so precious for them and it really struck me, hey we donate our coats and our pants because we see them as valuable but we don't donate our socks because we see it as something frivolous, so I felt like we could do something," said Ferguson.

The sock drive continues until Nov. 26 at the following restaurants, and all items collected will be given to the Old Mission Brewery.