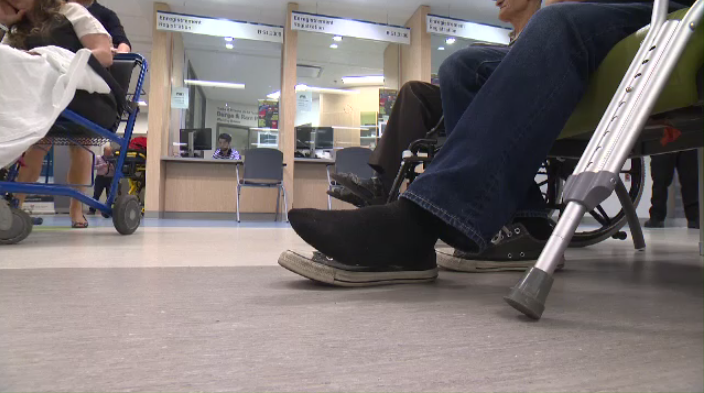 A recent report found that most Montreal area ERs are at or over capacity. (file photo)

MONTREAL - Most emergency rooms in the Montreal metropolitan area were working at more than 100 per cent capacity on Friday.

On the Island of Montreal, 14 of the 21 emergency rooms have more patients than beds to accommodate them, according to an Index Santé report. This is also the case for the Cité de la Santé Hospital in Laval, three of the six hospitals in the Laurentians and eight of the 10 hospitals in the Monteregie.

The highest occupancy rates were found at the Montreal General Hospital, the Lachine Campus of the McGill University Health Center (MUHC), the Anna Laberge Hospital Centre in Chateauguay, the Saint-Jerome Regional Hospital and the Barrie Memorial Hospital in Ormstown.

Elsewhere in Quebec, there are excesses in some emergency rooms, but generally, on a smaller scale. However, attendance is high at the Hopital de l'Enfant-Jesus in Quebec City, at Hotel-Dieu de Levis, at Le Royer Hospital, Baie-Comeau, and the Granby Hospital Centre.