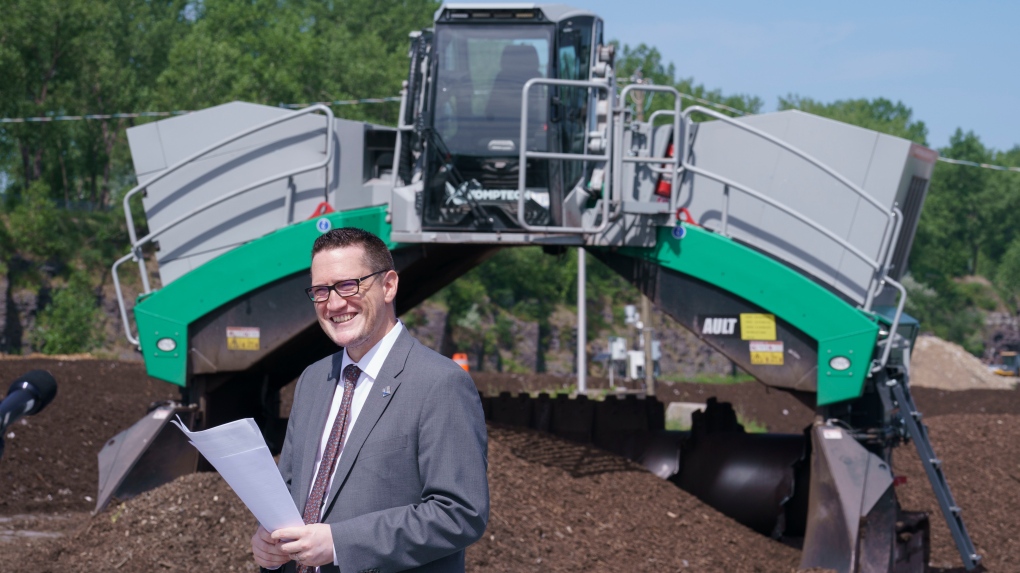 The Green Fund reports to Quebec Environment Minister Benoit Charette, seen next to a compost turner during a news conference in Montreal on Friday, July 3, 2020. The fund continues to be mismanaged according to a new report. THE CANADIAN PRESS/Paul Chiasson

QUEBEC CITY -- Since its creation, the Green Fund has never ceased to make the headlines for the shortcomings observed in the management of the enormous sums that it distributes without much control.

A damning new report, tabled Wednesday by the Sustainable Development Commissioner, is no exception.

In his 2020-2021 annual report, tabled in the National Assembly, Commissioner Paul Lanoie, who reports to the Auditor General, concluded that despite the corrections made over the years, the management of the Green Fund - $6 billion since its inception - still leaves much to be desired.

He noted, for example, that in violation of the law, the program's financial statements have never been published three years in a row: in 2017-2018, 2018-2019 and 2019-2020. Not only is the government acting illegally in this way, but the situation makes the commissioner's task even more difficult when it comes to assessing the performance of the Green Fund.

The list of questionable management practices observed since 2017 is long including incomplete beneficiary information, missing or difficult to access information on administration costs, inconsistencies between the documents relating to the reductions in greenhouse gases (GHG), and information scattered in more than a hundred documents.

The Green Fund, which was reformed in 2017, reports to Minister of the Environment Benoit Charette, although other ministries are also involved.

Lanoie criticized in particular the fund's managers for not having taken into account the expected performance, in terms of GHG reduction, when granting financial assistance to partner groups. It also notes the lack of rigour in the monitoring of subsidized projects.

For example, virtually no project funded by the Ministry of Transport, under the Green Fund, included a quantified target for reducing its GHG emissions.

In addition, fund recipients often fail to meet their obligation to report to the government.

The commissioner agreed that the management board of the recently abolished Green Fund had given itself, at least on paper, credible management control mechanisms, except that it failed to "apply them effectively."

In 2017-2018, the majority of the Green Fund's administration costs were never approved by the authorities, which is almost $30 million out of a total of $41 million.

Created in 2006, the Green Fund, financed mainly by the carbon market, is used to subsidize projects aimed at combating climate change, with a view to reducing GHG emissions.

It was recently renamed by the current government, now called the Electrification and Climate Change Fund.

In the past, during work carried out in 2014 and 2016, the Auditor General highlighted "significant shortcomings" in the management of the Green Fund, which at the time had gained a reputation as an "open bar" by financing projects that have little or no connection with the fight against climate change.