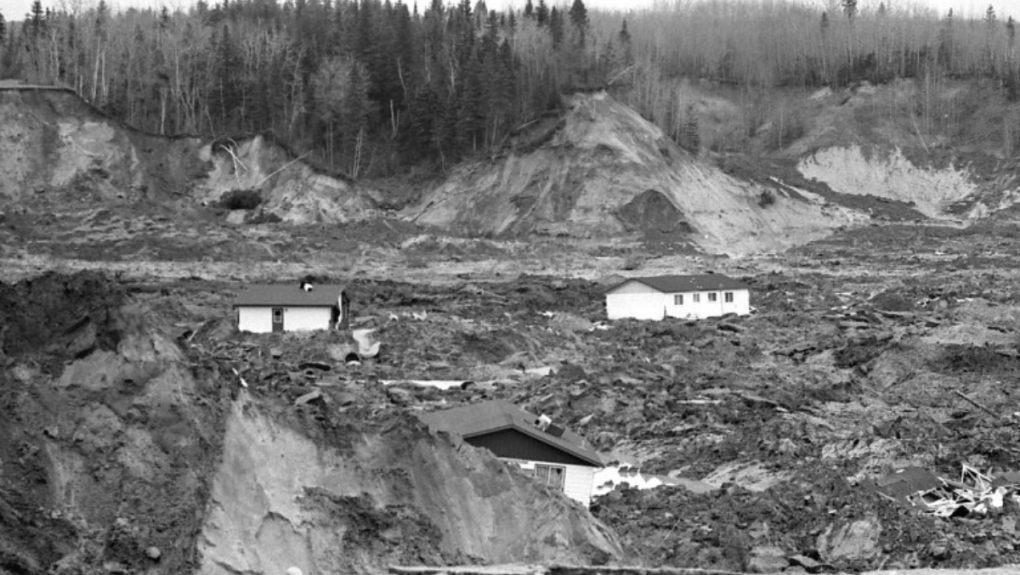 A landslide in Saint-Jean-Vianney on May 4, 1971 killed 31 people and destroyed a community in Quebec. A commemoration of the disaster will take place May 4, 2021. SOURCE: BANQ

SAGUENAY, QUE. -- Fifty years ago, on May 4, 1971, one of the worst disasters in Quebec history occurred.

A gigantic landslide that began late in the evening engulfed dozens of homes in the community of Saint-Jean-Vianney, in the Saguenay, killing 31 people. The bodies of many were never found.

Hundreds of the municipality's more than 2,000 residents lost their homes and possessions, which were buried in a crater more than a kilometre long.

It was later concluded that St. Jean-Vianney had been built on unstable clay soil.

Today, the municipality of Saint-Jean-Vianney no longer exists. Only a few deserted streets and the steps of the old church square remain.

It is near that location that a commemorative ceremony will take place Tuesday.

Last Thursday, historian Dany Cote will present a virtual conference at 7:30 p.m. entitled "St. Jean Vianney, much more than a disappeared village", which will deal not only with the May 4, 1971 disaster, but also with its real history and the community that lived there.