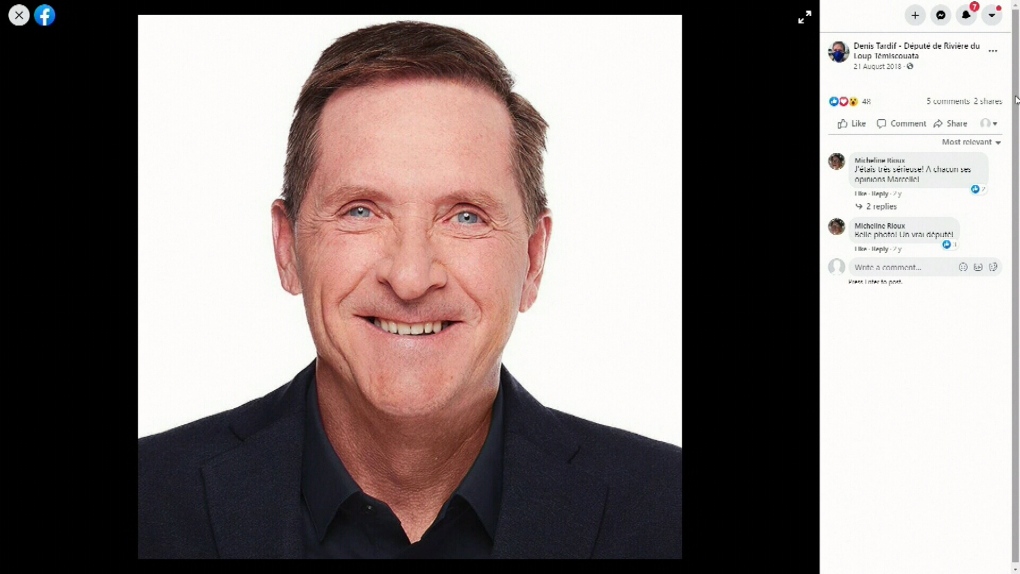 MONTREAL -- The reinstatement of a Coalition Avenir Quebec MNA who was expelled from the caucus after being caught violating public health rules sends the wrong message to the public, opposition parties said on Tuesday.

Denis Tardif was kicked out of the CAQ caucus in mid-December after video surfaced of him eating in a brewery without respecting social distancing.

“I made a big error in judgement,” the Riviere-du-Loup-Temiscouata MNA said in a press release on Monday, in which he asked for forgiveness.

News of Tardif'c reinstatement created unease on Tuesday, with the opposition saying it's the wrong time.

“I'm not sure I would have sent that message this week, when we have just experienced very difficult events in the streets of Montreal,” said Liberal leader Dominique Anglade, referring to a riot on Monday and protest on Tuesday evening against the city's 8 p.m. curfew.

“What signal does this send to the population when we need to maintain their support?” said Parti Quebecois leader Paul St-Pierre Plamondon. “We're talking about a deputy who, in the midst of a pandemic, was drinking beers without a mask within 15 centimetres of his friends. That's not nothing.”

Quebec solidaire co-spokesperson Manon Masse offered a more conciliatory tone, saying “It it up to (Premier Francois) Legault to manage his business.”

In January, multiple party members called on Legault to forgive Tardif and reinstate him in the caucus, saying his exclusion hurt the people of his riding.