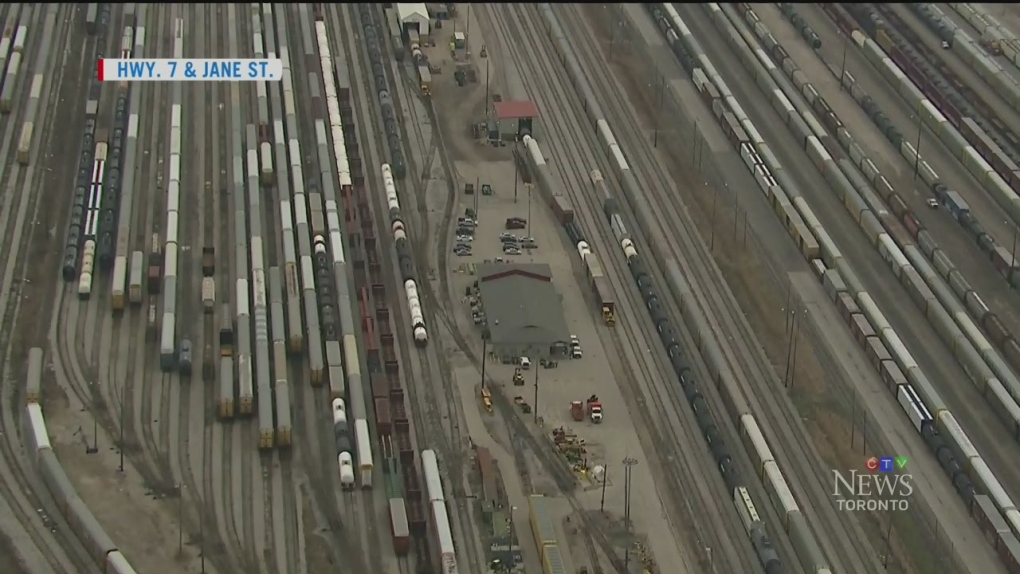 MONTREAL -- A train carrying granular ammonium nitrate has leaked three to four tonnes of the white powder, which can be explosive and is often used to make fertilizer, in Quebec City.

Quebec firefighters were called to respond around 3:55 p.m. Wednesday on a railroad where the product was visible an an area of more than 195 metres, near John Molson St., in an industrial sector located near the Félix-Leclerc and Henri-IV highways.

The spill of the dangerous substance, which can be explosive, happened at a train loading and unloading site, according to the firefighters' press release.

There was no derailment and no one was injured, said spokesperson Alexandre Lajoie.

When the firefighters arrived, they covered the product with polythene plastic wrap to allow workers specializing in hazardous materials to carry out several checks before recovering the product.

There did not seem to be any danger since "in this environment and in this form, ammonium nitrate is a relatively stable product," the statement said.

No evacuation was necessary and a specialized firm was hired by the owner of the ammonium nitrate to proceed with recovering it.

The operation was slated to take several hours and finish overnight from Wednesday to Thursday.

Rail traffic on the Canadian Pacific Railway was suspended while the product was recovered.

A Quebec Emergency-Environment team was also called to the scene. An investigation is underway to determine what caused the spill.