At least nine Indigenous candidates are running in Quebec's fall election, a new record in the province.

The Quebec Liberal Party of Quebec made an announcement Tuesday for its star candidate for the northern Quebec riding of Ungava, Tunu Napartuk.

Napartuk is the former mayor of Kuujjuaq, Que. and a passionate defender of the Inuit nation and other Indigenous communities in northern Quebec.

"When I was given the opportunity to represent my people, the Cree region, for the Parti Liberal du Quebec, it's been very exciting," he said Tuesday.

"The stars are aligned this time, and I think I was in a good place mentally to at least tackle this system," Labrecque-Saganash said. 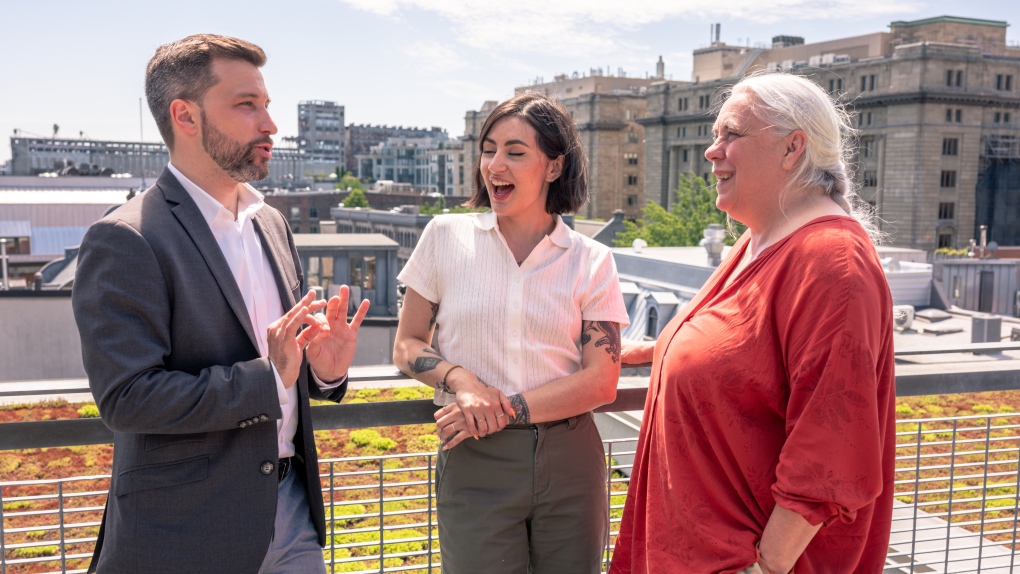 The CAQ has already recruited Kateri Champagne-Jourdain, from Uashat mak Mani-utenam, with more to be announced in the coming weeks.

The CAQ and the Liberals were on the road Tuesday announcing other high-profile candidates for the upcoming election.

Céline Haytayan is a well-known figure in Montreal's economic development circles who is now leaving her top position at Ubisoft to possibly join the CAQ in the Laval-des-Rapides riding.

"The CAQ, la CAQ, is a business party. The economy is super important to the CAQ, it has always been since 2018. They need my help, but they have already a great team with Mr. Girard and Mr. Fitzgibbon," the candidate told a news conference

Haytayan, who is of Armenian heritage, has been known to work on attracting international business to Montreal and said she doesn't see a contradiction between her former job and the provincial government's position on the controversial Bill 96, which critics say would hinder efforts to attract international businesses.

Russian forces launched new strikes on Ukrainian cities Saturday as Kremlin-orchestrated votes took place in occupied regions to create a pretext for their annexation by Moscow, while hundreds of people were arrested in Russia for protesting a military mobilization order aimed at beefing up the country's troops in Ukraine.