Record amounts of fentanyl, crack cocaine and other drugs seized in and around Montreal 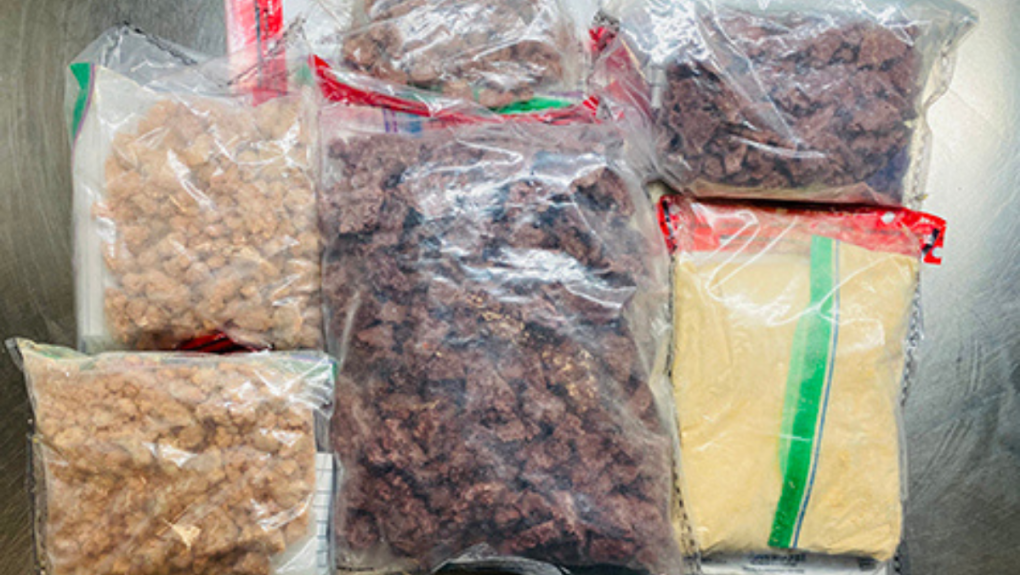 Fentanyl valued at $1.4 million was seized in and around Montreal, and police arrested three men who face drug trafficking charges. SOURCE: SPVM

MONTREAL -- Montreal police (SPVM) seized the largest amount of fentanyl ever reported in the province in addition to other drugs and cash this week.

The SPVM said that officers from the organized crime - narcotics section of the force seized $1.4 million worth of the opioid and arrested three people who appeared in court on Thursday.

Searches in the Lachine, LaSalle and Ville-Marie boroughs of Montreal as well as ones in Longueuil and Chateauguay also resulted in crack cocaine, heroin, xanax, and marijuana seizures valued at around $17,000, police say.

"The drug ring was using a building on Crescent Street, in the heart of downtown Montreal, as a drug cache," the SPVM said in a news release.