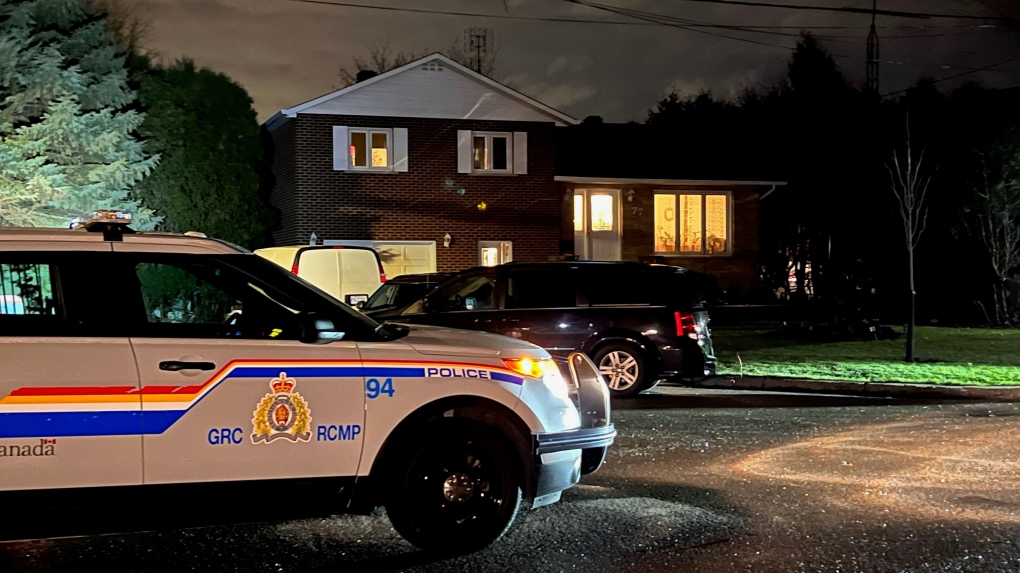 RCMP officers conducted an operation at a home in Vaudreuil-Dorion on the night of Nov. 30, 2022. (CTV New/Cosmo Santamaria)

The RCMP said investigators are searching a home in Vaudreuil-Dorion, a suburb west of Montreal, as part of a "national security" operation.

The national police force began its operation Wednesday night. Police at the scene would not say what led them to the house on Aquin Avenue, in Quebec's Montérégie region.

"It is our Integrated National Security Enforcement Team (INSET) that is conducting a search as part of a national security investigation," confirmed Sgt. Charles Poirier, an RCMP spokesperson, in an email to CTV News Thursday morning.

Poirier said there is no threat to public safety.

The operation is expected to continue "for several hours" on Thursday and a security perimeter has been established.

This is a developing story. More to come.

Former Russian president Dmitry Medvedev has said the supply of more advanced U.S. weaponry to Ukraine will only trigger more retaliatory strikes from Russia, up to the extent of Russia's nuclear doctrine.

Indian police have arrested more than 2,000 men in a crackdown on illegal child marriages involving girls under the age of 18 in a northeastern state, officials said Saturday.