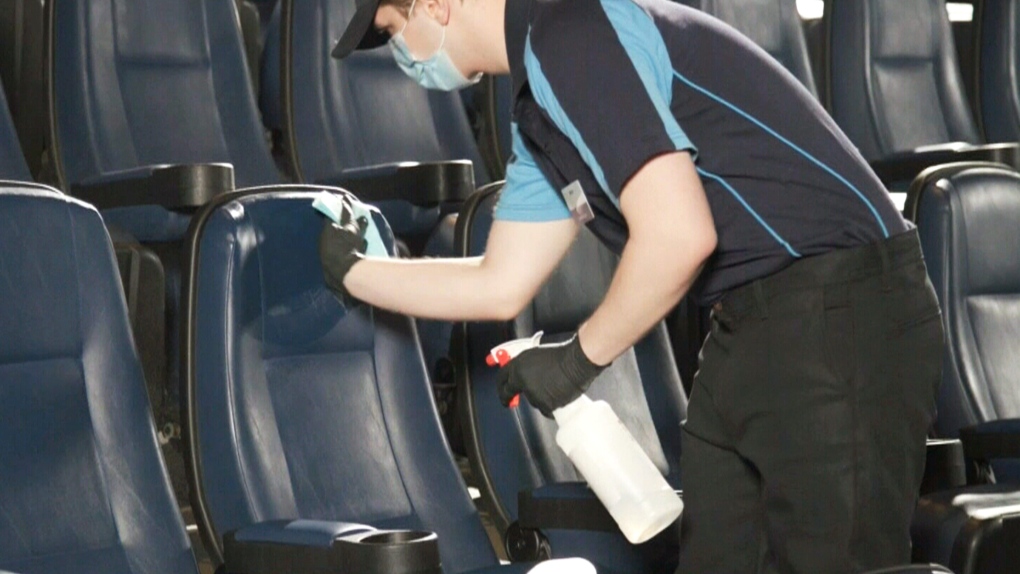 MONTREAL -- The grey, rainy weather that hit much of southern Quebec on Sunday led to a highly appreciated influx of people to the province's movie theatres, a development welcomed by owners.

Vincent Guzzo, owner of the movie theatre chain of the same name, said he had more people in his theatres for 1 p.m. showings than for all of Saturday.

Guzzo said attendance is at only 10 to 15 per cent of what it normally would be for this time of year, though that spikes to 30 to 35 per cent during rainy days.

At the Latin Quarter Cineplex Odeon, one employee who didn't have permission to speak to media acknowledged that recovery has been slow since theatres were allowed to re-open during the pandemic. They said they find an influx of rainy day customers encouraging.

Cineplex Odeon Vice-President for Operations of Eastern Canada Daniel Seguin said the company has adopted a phased recovery strategy, where half of its establishments across the country are active, including 10 of 20 theatres in Quebec.

All their theatres should be in operation by the end of the month.

“We are far from where we were originally but we can easily see that with the arrival of new products in the cinema, people will come back,” he said. “We are confident, we just have to start finding new things.”

Theatre owners said part of the reason for the lack of customers is that many blockbusters have been pushed back on the schedule due to the pandemic. Among those was the highly anticipated 'Tenet' from director Christopher Nolan and a live-action remake of the Disney film 'Mulan,' both of which were originally scheduled for July releases.

Seguin said business in Quebec will be buoyed by locally made films such as 'Suspect Numero Un' and 'Mon Cirque a Moi,' which will both be released on Aug. 14. He also said his chain plans to broadcast National Hockey League playoff games to attract indoor customers.

But the real revival is expected to take place with an influx of American films such as 'The SpongeBob Movie: Songe on the Run,' 'Unhinged' and 'Tenet,' which will be released in Canada before being made available to American audiences.

Currently, theatres are limited to 50 people per room, but that will increase to 250 on Monday.