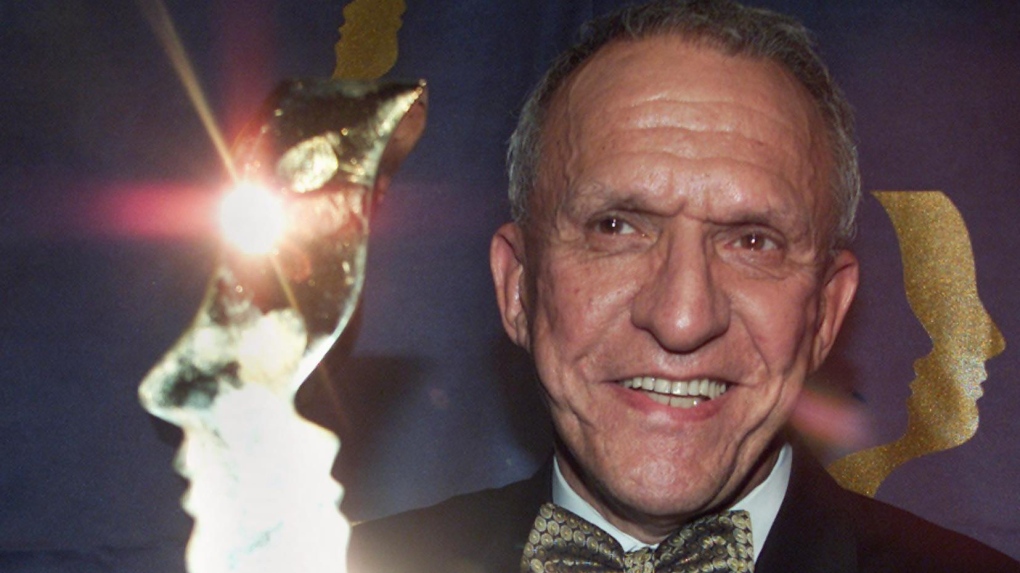 MONTREAL -- Quebec actor Jacques Godin has passed away at the age of 90.

His agency, Goodwin, said in a press release that he suffered from heart failure on Monday at the Verdun Hospital.

The date of the funeral has yet to be announced.

The Montrealer marked the cultural landscape of Quebec for many decades, having appeared in more than 230 productions on radio, theatre, television and film.

Montreal Mayor Valerie Plante took to Twitter on Tuesday to recognize his contribution to the arts in the province.

After being introduced to the world of theatre in parish productions, Godin made his real professional debut on radio -- notably in radio novels for Radio-Canada.

Among his most striking characters are those of Victor Téoli in "Montreal P.Q." by Victor Lévy-Beaulieu, and Jérémie Martin in "Sous le sign du lion" -- a role that earned him two Gemeaux awards in 1998 and 2001.

He won other Gemeaux awards for his supporting role in the series "Toute la verite" in 2012, and "La charge de l'orignal epormyable" -- an adaptation of a play by Claude Gauvreau in 1993.

The theatre also occupied an important place in his career, and Godin performed on stage in more than 60 plays over the years, touching on the repertoires of Arthur Miller and Anton Tchekhov, but also of Michel Tremblay, William Shakespeare, Eugene Ionesco, Victor Lévy-Beaulieu and Samuel Beckett, among others.

Godin also held several roles in cinema. Among others, he appeared in "Being at Home with Claude," "La donation" and "La derniere fugue."

In 2010, he told La Presse that he was nowhere near ready to retire -- despite his age -- but that for part of his career, he waited in vain for the phone to ring.

"I was not being hired. In my condition, I expect people to call me. I tell myself that I have worked seriously over the course of my life. I have spent two years without working. But me, not working -- it depresses me. A lot of people my age have difficulty with the sets, but I don't have a problem," he said.

As of 2013, he decided to dive into a new adventure by combining the stage and music -- he became the show narrator for the young virtuoso pianist and composer, Philippe Prud'homme.

In June 2017, he was made a knight in the Ordre national du Québec.

The actor is survived by his wife of 30 years, journalist Brigitte Bougie, his daughter Pascale (Yvan Girard), his granddaughter, Esther Girard-Godin (Xavier P-Laberge) and his great-granddaughter, Jeanne.