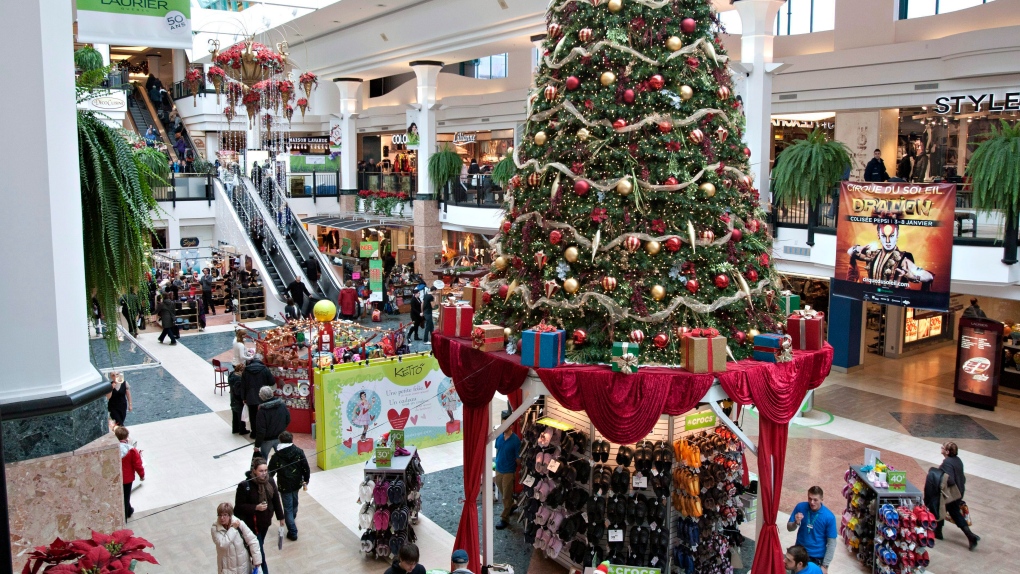 MONTREAL -- Many Quebecers are eager to return to their pre-COVID-19 holiday habits of in-person celebrations and shopping in traditional stores, and are even willing to spend more this year to do so, a survey suggests.

The new Leger survey was conducted for the Retail Council of Canada (RCC).

Quebecers average expected spending of $565 is well below the Canadian average of $792, but is still 11 per cent higher than the reported amount Quebecers spent in 2020. Like other Canadians, Quebecers do show a willingness to stick to their budget.

The pollsters noted that the proportion of Canadians who plan to shop in-store will increase from 58 per cent in 2020 to 63 per cent this year, and that online shopping is expected to decline from the pre-pandemic trend of 28 per cent.

In Quebec, 43 per cent of respondents plan to take advantage of Black Friday promotions to make their purchases, while only 24 per cent will rely on post-Christmas sales, compared to 38 per cent in the rest of the country.

The survey was conducted online in English and French from Aug. 12 to 14 with a sample size of 2505.