Quebec's major party leaders made their final appeals to voters Sunday as residents across the province prepared to cast their ballots on Oct. 3.

Polls are open from 9:30 a.m. to 8 p.m. on Monday. During that time, Quebecers will endorse or condemn their leaders' conduct during a major language law overhaul, existential questions on provincial identity, and of course, the pandemic.

Here's how party leaders spent the precious final hours on the campaign trail:

Liberal Leader Dominique Anglade began her day in the northern-Quebec riding of Ungava alongside Tunu Napartuk, the former mayor of Kuujjuak.

Anglade is facing some election uncertainty as polls suggest there is a chance she could lose her own seat in southwest Montreal. Instead of rallying her base there, she opted to spend Sunday about 1,500 kilometres north. In doing so, she said she hoped to send a clear message: "that everyone matters"

She made the remark after facing questions on what her visit means in the context of a campaign period with very little talk of Indigenous affairs from any party. 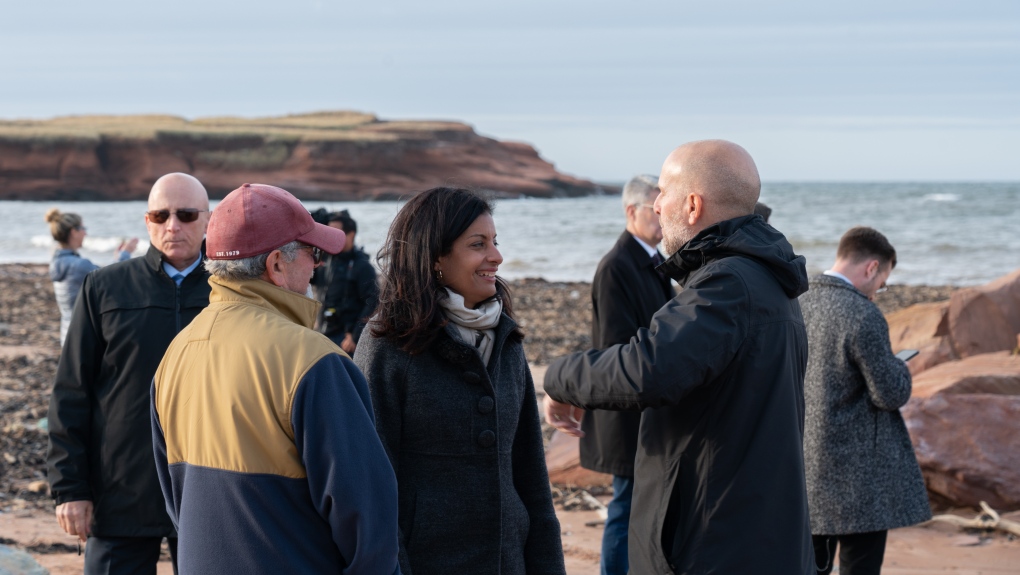 Anglade was asked if a Liberal government would do more to centre Indigenous issues, Anglade said that "it would definitely be hard to do less than what has been done." She said her government would work to establish dialogue with Indigenous communities and improve education, access to justice, and ensure that Indigenous residents have access to "running water."

'VOTE FOR YOUR CHILDREN'

Quebec Solidaire's Gabriel Nadeau-Dubois spent his day shoring up support in the Montreal area. The party is hoping to make gains across the island, including some Liberal strongholds in the west.

Party spokesperson Gabriel Nadeau-Dubois told supporters and press that "the best action to take for the environment is to vote for Quebec Solidaire."

"If you're looking for a reason to vote tomorrow, I have one for you," said the spokesperson, who throughout the campaign has positioned his party as the greenest of the five. "Go vote for your children, and for your grandchildren."

"Every additional Quebec Solidaire member (in the National Assembly) is a member for the environment," he added. 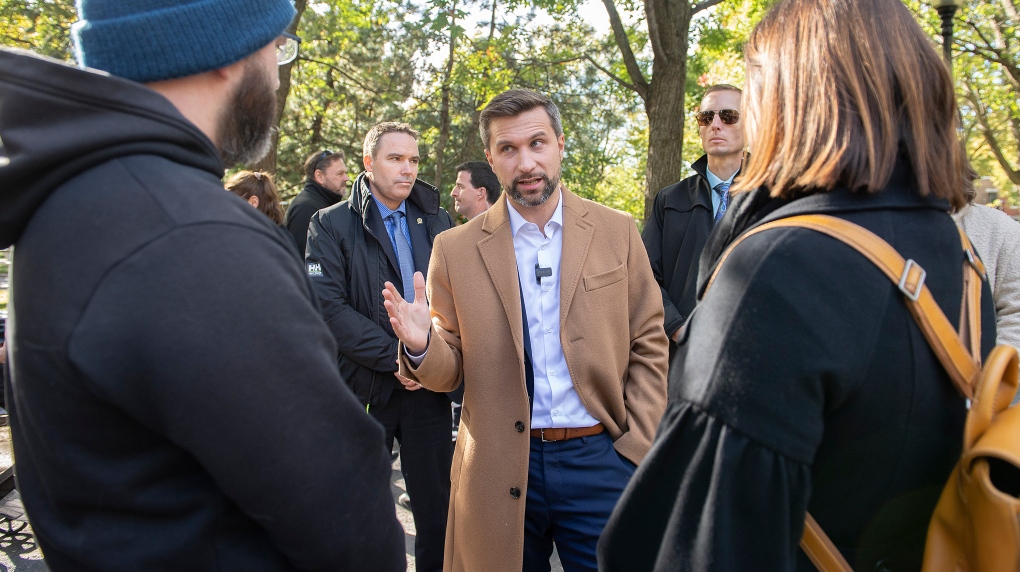 'LET US WORK FOR YOU'

Parti Quebecois leader Paul St-Pierre Plamondon made his way from the Gaspe to the Saguenay-Lac-St-Jean region.

During a stop in a Sept-Iles restaurant, St-Pierre Plamondon urged his supporters to speak with undecided family and friends in order to reinvigourate the push for sovereignty in Quebec's capital.

With the rise in popularity of Quebec Solidaire, the Parti Quebecois has had to share the remaining 30 per cent of voters still interested in separation from Canada. In earlier phases of the campaign, polls suggested QS might have wrestled the PQ out of that voter base. However, more recent projections show a four-way tie for second place, with the two separatist parties neck-and-neck in terms of public support. 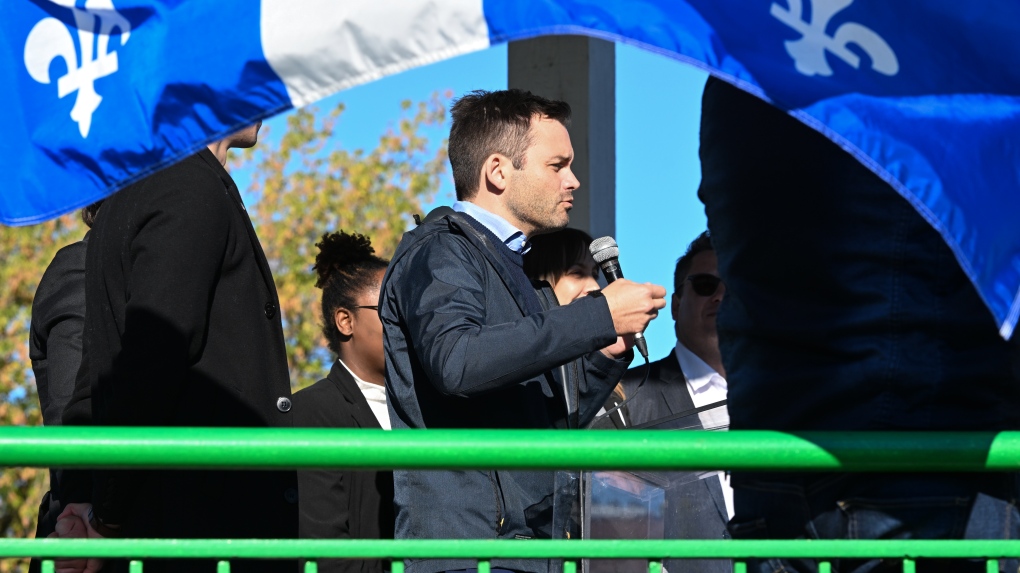 Parti Quebecois Leader Paul St-Pierre Plamondon speaks to supporters on his last event of the election Sunday, October 2, 2022 in Saguenay, Quebec. Quebecers are going to the polls for a general election on Monday. THE CANADIAN PRESS/Jacques Boissinot

'WE HAVE BEEN FORGOTTEN'

Conservative Leader Eric Duhaime began his day in Laval before heading to the Quebec City-area to rally his base in the Beauce.

Despite polled support rivalling other major parties for second place, the Conservatives are only expected to win a handful of seats. Duhaime himself has called that projected imbalance the "distortion of the century."

Nonetheless, a sizable crowd gathered to cheer for the Conservative leader as he called the area conservative territory "par excellence."

"Tomorrow presents a historic chance," he said, "it has been months, years, that we have been forgotten."

"We haven't been represented, there is a serious political deficit in Quebec."

As of Sunday evening, the conservatives were trailing the CAQ by just 4 per cent in Beauce-Sud, and 2 per cent Beauce-Nord. 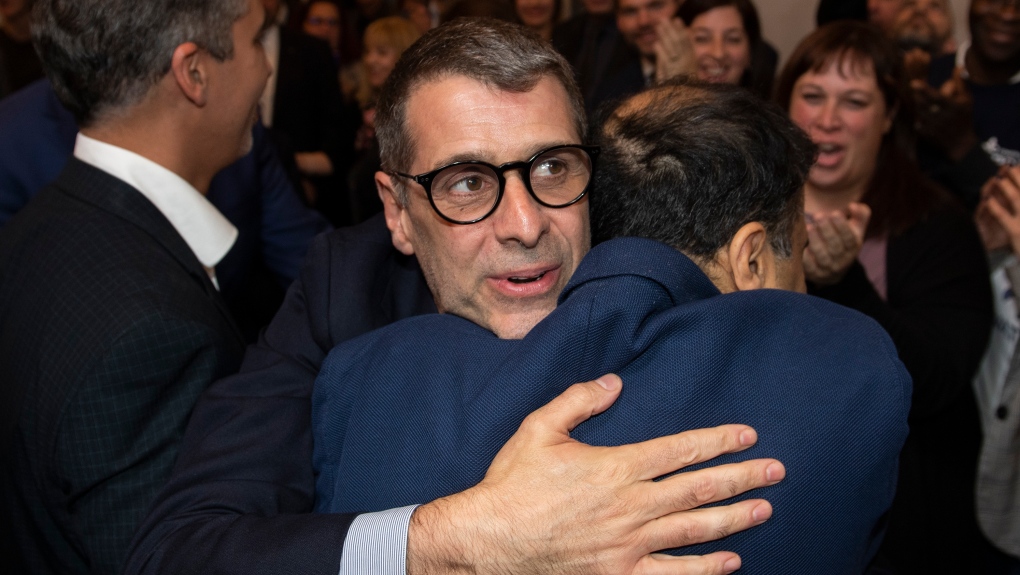 Quebec Conservative Party Leader Eric Duhaime greets supporters as he arrives for a rally during an election campaign stop in the West Island of Montreal, Saturday, October 1, 2022. Quebecers will go to the polls on October 3rd. THE CANADIAN PRESS/Graham Hughes

'IMPORTANT TO WORK TOGETHER'

Coalition Avenir Quebec Leader Francois Legault visited ridings in Montreal and the Eastern Townships. On the day before the election, most, if not all, polls suggest the CAQ will win, despite several gaffs on the campaign trail.

He said Sunday that, if his party forms government, he will prioritize listening to the official opposition.

"I think we all have to be proud of the distinct society we have in Quebec, the way we live together, including Anglophones," he said, adding that he hopes for collaboration in order to "stop seeing the percentage of Francophones dropping in Quebec." 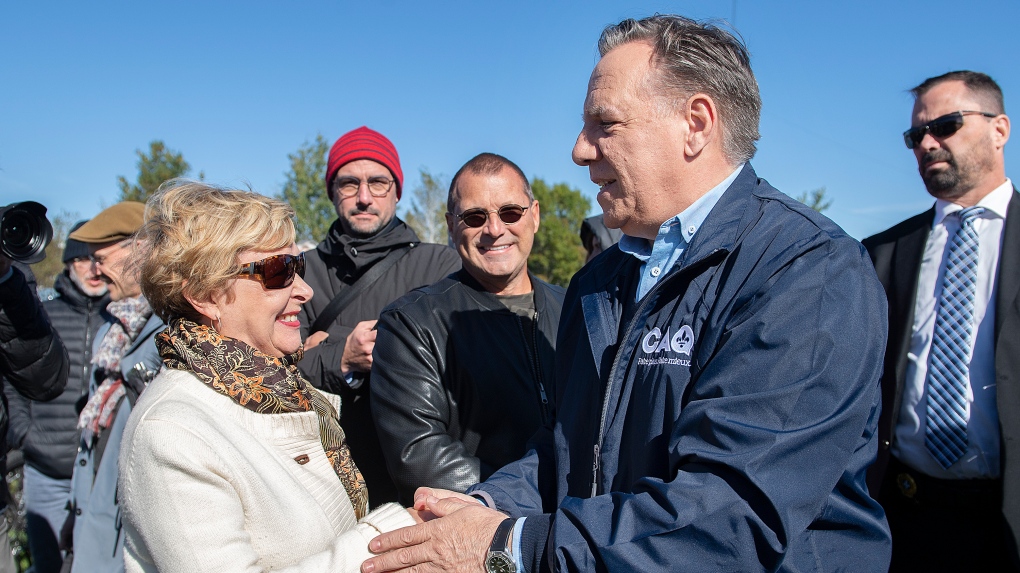 Coalition Avenir Quebec Leader Francois Legault greets supporters during an election campaign stop at a market in Magog, Que., Sunday, October 2, 2022. Quebecers will go to the polls on Monday. THE CANADIAN PRESS/Graham Hughes

Pockets of shelling erupt across Ukraine as wintry warfare looms

Canada must secure at least one point against Croatia to stay alive in the tournament and four-time champion Germany looks to rebound against Spain. Belgium is playing Morocco after Costa Rica defeated Japan.

Viewing parties are planned across the country today as soccer fans gear up to watch Canada's World Cup match against Croatia -- a do-or-die game for the team in its first tournament appearance in 36 years.

Airbnb has a plan to fix cleaning fees

Pretty much everyone hates Airbnb cleaning fees -- those pesky charges tacked on to your vacation rental bill that supposedly cover the costs to get the place ready for the next visitors. Travelers don't like the expense, and hosts don't like charging them, either.