Quebec to cover only 'biosimilar' drugs, not name-brand biologics, in public drug plan 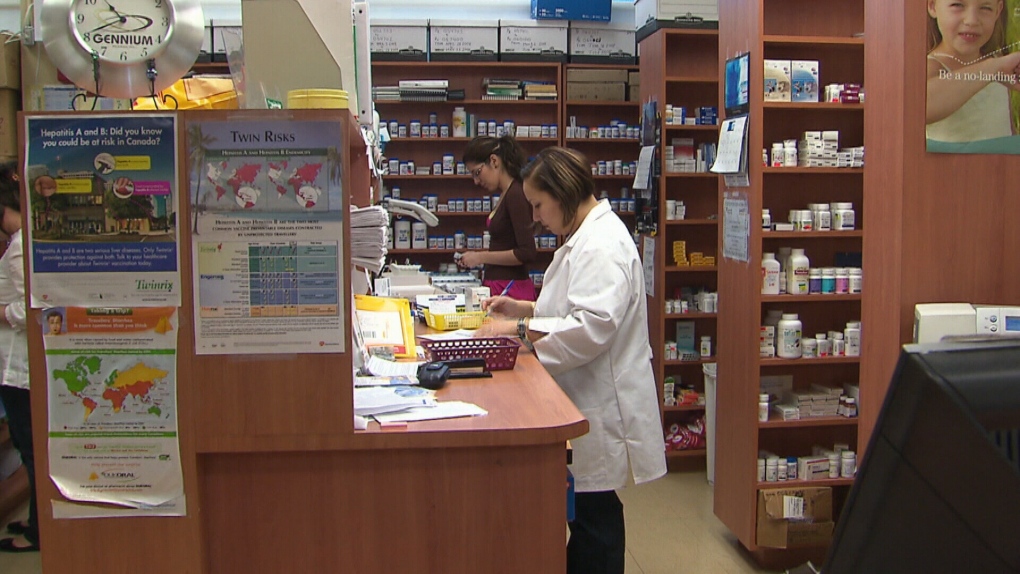 MONTREAL -- By next April, most Quebecers who take brand-name biologic medication and rely on public drug insurance will need to switch to "biosimilar" drugs, with the help of their doctors and pharmacists.

Quebec's health minister announced Tuesday that the province will be switching to covering only biosimilar drugs in an effort to save money -- more specifically, more than $100 million annually, according to a news release from the province.

Biosimilar drugs are essentially generic versions of brand-name biologics -- the term that refers to any medication made with living cells, whether animal, plant or microorganism.

The most common diseases treated with biologics include rheumatoid arthritis, some cancers and diabetes.

Biologics can be incredibly expensive and Health Minister Christian Dubé said Tuesday's announcement will bring the province in line with "other Canadian jurisdictions."

"Despite the inclusion of several biosimilar drugs on the drug lists for many years... they remain underused," the release said.

"This situation generates a considerable additional cost for the general drug insurance plan since biosimilar drugs are significantly less expensive than reference drugs, with no difference in therapy for patients."

Starting April 12, 2022, Quebec will cover, "with exceptions," only the biosimilar version of drugs.

"The manufacturers of reference biologics have been informed of this shift," the province said.

More discussions are coming up, and information will be provided for patients and doctors to "support them" as they look at making the switch.

The province also asked people to remember that "Health Canada authorizes the sale of biosimilar drugs to the same rigorous quality standards as for all other pharmaceutical products."