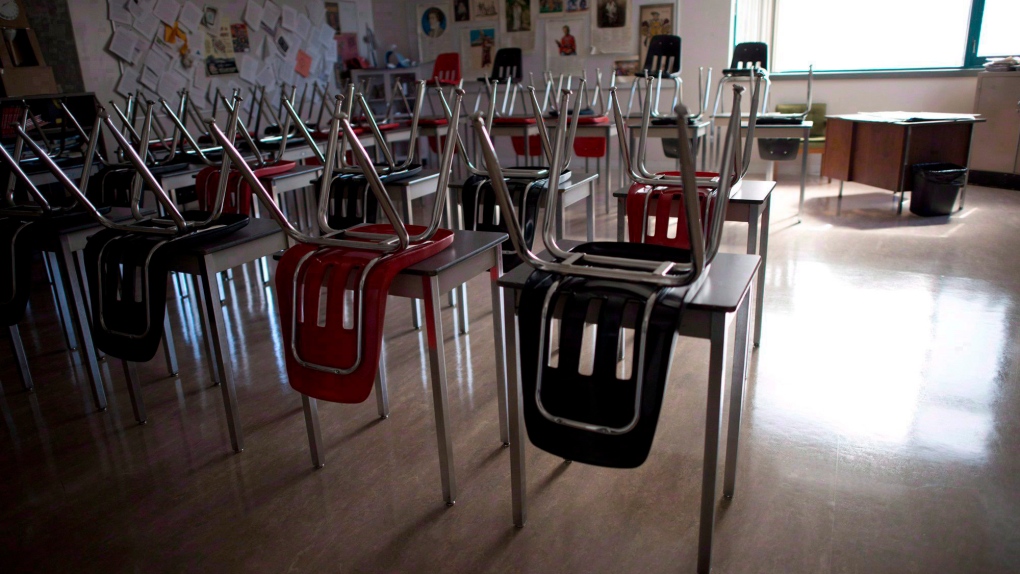 MONTREAL -- The Federation autonome de l'enseignement, which represents some 45,000 elementary and high-school teachers across Quebec, is asking the government for a nine-per-cent pay raise over three years, which would make the top salary for their members almost $92,000 a year.

The FAE made its demands public Tuesday. Its current collective agreements with the province expire March 31.

Currently, the pay scale for teachers in the FAE ranges from $42,431 to $82,585. The FAE also wants to eliminate some of the lower salary grades. By doing that and increasing the top salary, it says its members' average salary would be in line with that of teachers across Canada.

Quebec's public sector unions are gearing up for negotiations for the renewal of their collective agreements, several of which expire in 2020. They would be the first public-sector contracts negotiated with the Coalition Avenir Quebec government, which was elected last October.

This report by The Canadian Press was first published Oct. 29, 2019.