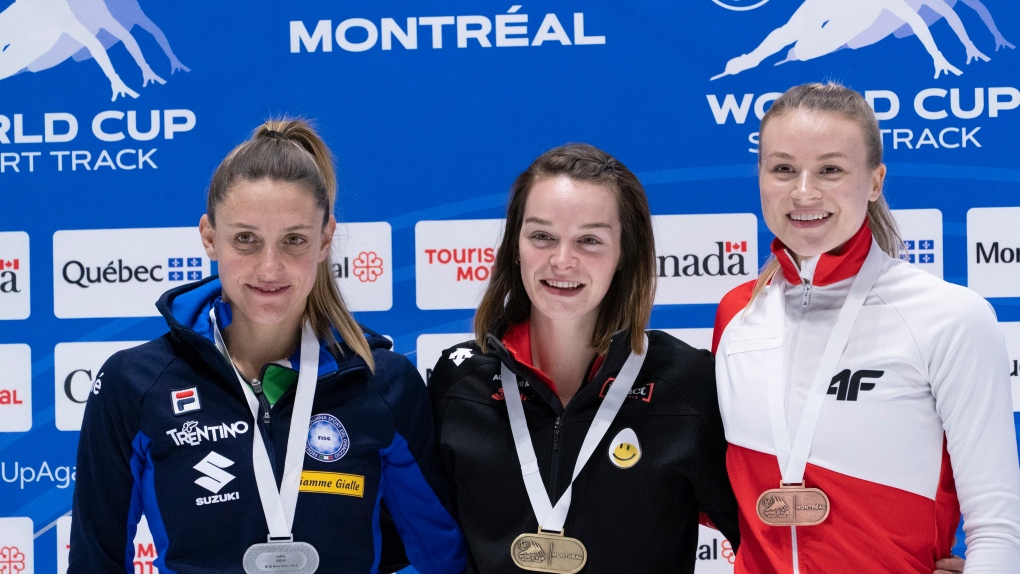 Canada's Kim Boutin finished first in the women's 500-metre at the ISU short-track World Cup on Sunday for her fourth gold medal of the season.

Boutin, from Sherbrooke, Que., led the 500 from start to finish and never looked appeared to be threatened as she crossed the finish line in 42.568 seconds -- a new track record at Montreal's Maurice Richard Arena.

The first-place finish capped a perfect weekend for the 24-year-old Boutin, who won gold in the 1,000 on Saturday. Boutin also won gold medals in the 500 and 1,500 in the season-opening World Cup in Salt Lake City, Utah, last week.