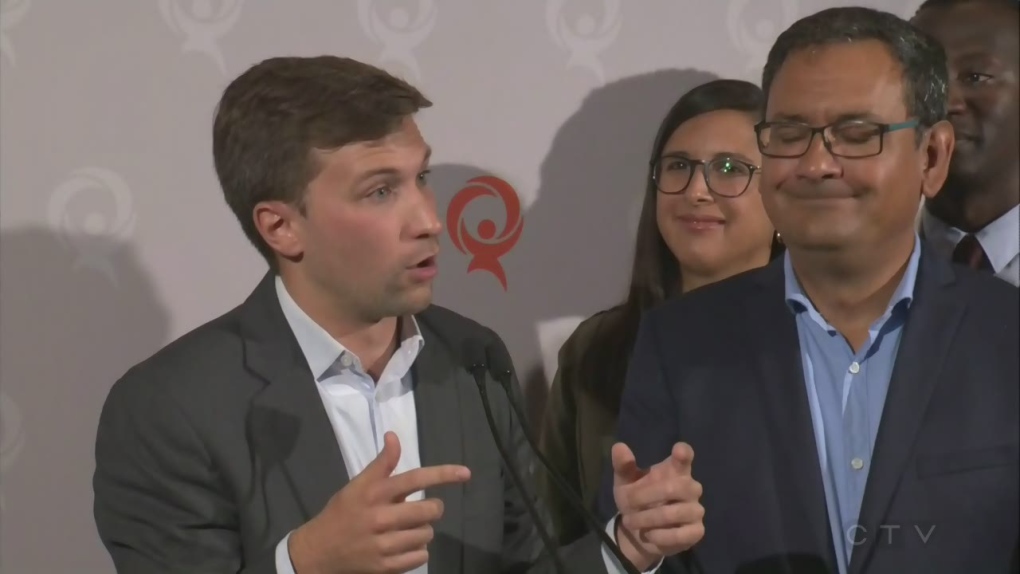 Quebec Solidaire (QS) is calling out the CAQ government for wavering on its campaign promise to implement electoral reform for the 2022 election.

QS co-spokesperson Gabriel Nadeau-Dubois said it's a question of respecting CAQ campaign promises in a press scrum Sunday during a party caucus in anticipation of Tuesday's return to the National Assembly.

"Premier Francois Legault likes to repeat that he will respect all his election commitments," said Nadeau-Dubois, the MNA for Gouin. "In recent days, however, the government has suggested that the idea of ​​introducing a mixed-member proportional voting system in time for the October 2022 general election could be put on the sideline. However, if Premier Francois Legault chooses to deny his commitment, made in May 2018, he will act in the same way as the political leaders he was happy to denounce when he was in opposition."

Nadeau-Dubois said on Twitter that Legault is doing what Liberal Prime Minister Justin Trudeau did when he failed to implement electoral reform as he promised before being elected.

Nadeau-Dubois is concerned that the premier is trying to pull back on the promise to reassure CAQ MNAs who are concerned about the impact of the changes associated with the proportional voting system, which would provide for two categories of MNAs: elected members and list members.

He said he also feared that Legault is justifying a possible flip-flop, based the chief electoral officer's (DGEQ) statements, which warned that a change of this magnitude could require as many as 42 months to implement.

The member for Gouin is asking the premier to "show courage" and make a decision.

"When we break a promise, we must at least have the courage to look people in the eye and say: 'I am breaking my promise,'" said Nadeau-Dubois.

On Thursday, the CAQ minister responsible for the file Sonia LeBel, citing information obtained from the chief electoral officer, suggested that there was not enough time to implement the reform by the next elections. The 2022 ballot would be an opportunity to hold a referendum on the issue, added the Minister Responsible for Democratic Institutions, Electoral Reform and Access to Information.

Friday, at a news conference, Legault refused to say by what voting method Quebec voters would choose their next government in October 2022.

He also did not say whether the election of 2022 would be accompanied by a referendum on voting reform.

LeBel will, however, introduce a bill by Oct. 1 proposing a reform of the voting system.

In May 2018, the three opposition parties (including the Parti Quebecois) signed a pledge to adopt the mixed-member proportional voting system during the current mandate.