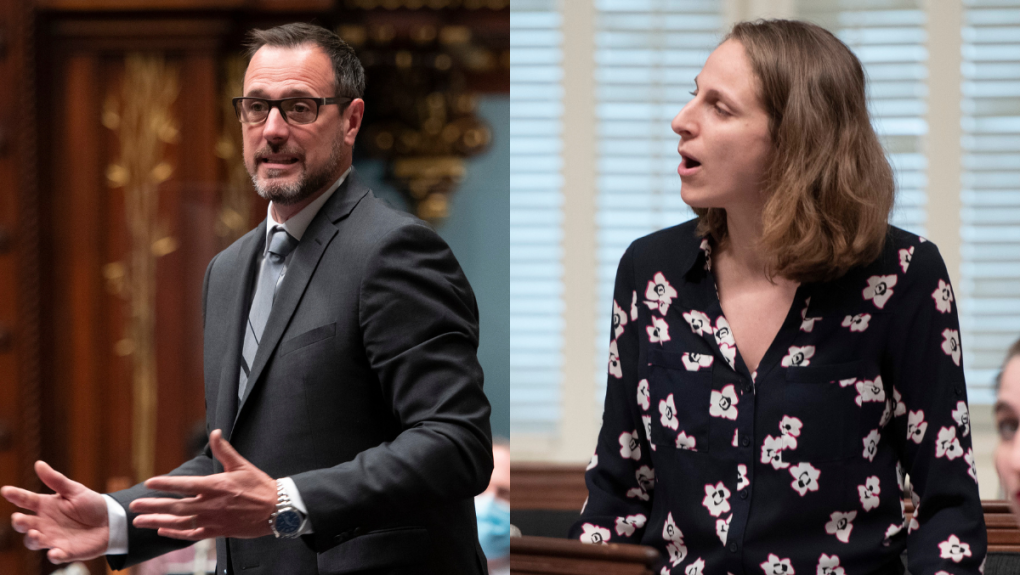 MONTREAL -- Québec Solidaire (QS) is calling for the resignation of Minister of Education Jean-François Roberge because of his inability to provide every class with a teacher.

"I would have liked us to have a good Minister of Education... He did not succeed... He didn't even succeed in being a useable minister,'' said QS education critic Christine Labrie on Thursday.

She followed in the footsteps of her colleagues from the Quebec Liberal Party (PLQ), Marwah Rizqy, and the Parti Québécois (PQ), Véronique Hivon, who have both been calling for Roberge's departure for months.

Labrie said in a news conference that she had been "patient for a long time" with Roberge, but that she could no longer tolerate students being left to fend for themselves without a teacher.

The students did have anyone to educate them in English and ethics and religious culture classes due to a lack of teachers and substitutes.

Supervisors lead the classes of students, who spent several periods doing nothing, their eyes glued to their cell phones, the report said.

"To me, this is not acceptable," said Labrie. "We have reached a point where Quebec schools are not even capable of ensuring that they fulfill their mission of educating children every day.

"I can't tolerate that... At this time, he would be more useful by going to teach than by remaining Minister of Education."

Labrie also lamented "all the partners of the education network lose confidence" and that "the state of our schools is deteriorating," in addition to the fact that "the services are not there for the students."

These complaints come without noting Roberge's management of the pandemic, which Labrie said has been "dismal."

"WORK TO BE DONE," ROBERGE

For his part, Roberge said he has been working to address the education labour shortage since he took office in the fall of 2018.

"The first decision I had to make was allowing people who have a bachelor's degree in history, literature, mathematics to become teachers," he said in the Salon Bleu. "We worked, therefore, on the attraction, of course, of the workforce, on retention, on professional insertion. Then, Mr. President, there is still work to do."

On Thursday, Liberal leader Dominique Anglade spoke of a "loss of control" in the government and said that her party had called "on several occasions" for a change at the head of the Ministry of Education.