Quebec Solidaire calls for a moratorium on logging in sugar bushes 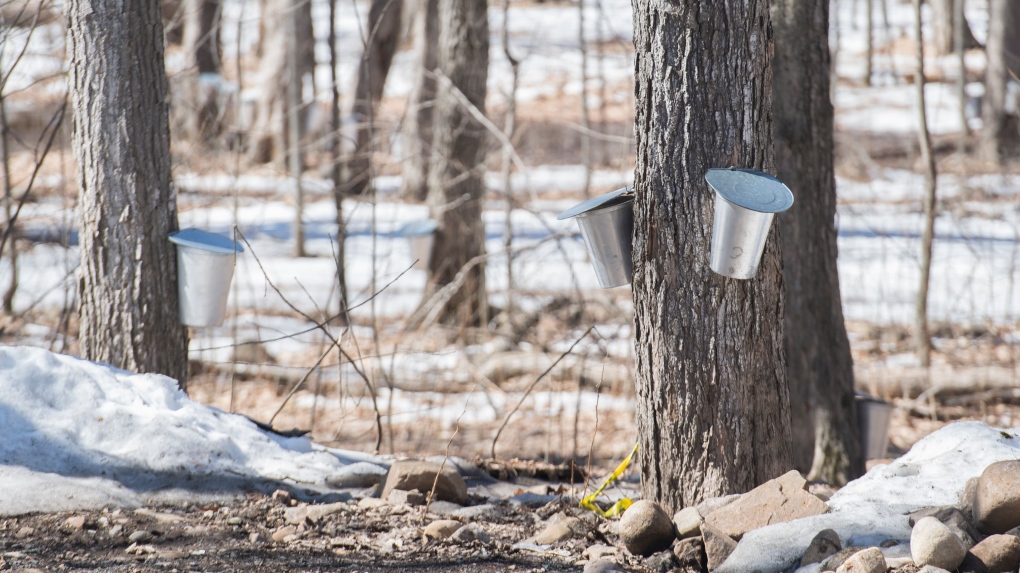 A bucket for collecting Maple water is shown on the grounds of the Sucrerie de la Montagne sugar shack in Rigaud, Que., west of Montreal, Saturday, April 4, 2020 THE CANADIAN PRESS/Graham Hughes

QUEBEC CITY -- Quebec Solidaire (QS) is asking the Legault government to declare a moratorium on commercial logging in active maple groves and in sectors with high maple syrup potential.

The party believes that Minister of Forests Pierre Dufour should set up a national consultation to review the use of the forest and protect maple syrup activities, explains QS in a press release sent on Sunday.

"Maple syrup sales are growing rapidly and the maple syrup industry relies on maple trees in the public forest to meet part of the demand," wrote Rouyn-Noranda-Temiscamingue MNA Emilise Lessard-Therrien. "However, quality maple groves that could be tapped are currently threatened by industrial logging authorized by the government. We can't accept this without saying anything."

In mid-December, the Quebec government unveiled its National Wood Production Strategy, which aims to double the forest harvest by 2080 and make the forestry sector "a must" for economic recovery.

Dufour estimated at the time that Quebec's forest is under-exploited, that the forest cover is stable and that the diversity of ecosystems is "in good balance."