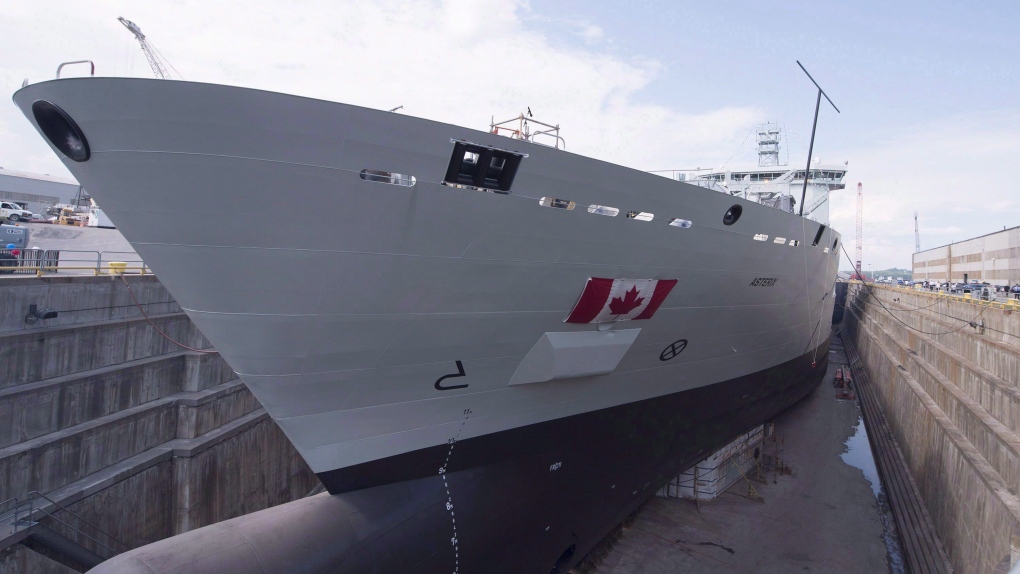 The Resolve-Class naval support ship Asterix is unveiled at a ceremony at the Davie shipyard in Levis, Que., on Thursday, July 20, 2017. (Jacques Boissinot/THE CANADIAN PRESS)

MONTREAL -- A Quebec shipyard that pushed the federal government to buy second-hand icebreakers for the Canadian Coast Guard is now late in delivering the much-needed vessels as it works to increase their capabilities.

Ottawa agreed to purchase the three used civilian icebreakers at a total cost of at least $827 million from Chantier Davie in August 2018 after Prime Minister Justin Trudeau surprised many by announcing negotiations with the shipyard earlier that year.

The decision followed an intense lobbying campaign by Davie as well as the Quebec government and federal opposition parties for Ottawa to give the shipyard more work.

While the first vessel was quickly delivered and thrown into action following a paint job and some minor conversion work to meet the coast guard's needs, the Department of Fisheries and Oceans says the others have yet to enter service.

The second vessel was supposed to be ready by the end of 2019, but the department now says it won't be delivered until the end of this year and a delivery date for the third has not been finalized.

Department spokesman Benoit Mayrand attributed the delays to the need to upgrade the Norwegian-built vessels so they meet Canadian regulations and increase their endurance and icebreaking capabilities.

This report by The Canadian Press was first published July 29, 2020.