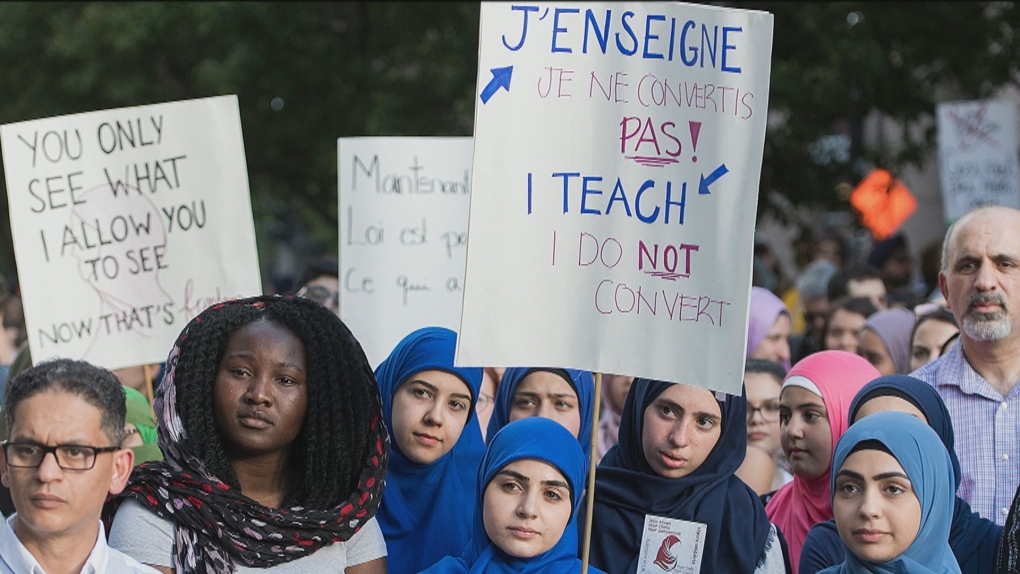 MONTREAL -- A psychology expert has told the court challenge to Quebec's secularism law that Bill 21 may lead to people who are Jewish, Sikh and Muslim feeling increasingly stigmatized.

Dr. Richard Bourhis told a Montreal courtroom that studies have shown efforts to sort people into different categories create an "us and them" phenomenon that can reinforce feelings of prejudice among the majority and insecurity among members of minority groups.

Bourhis testified on Day 5 of the legal proceedings against Bill 21, the law that bans public sector workers in positions of authority -- including teachers and judges -- from wearing religious symbols on the job.

The Universite du Quebec a Montreal professor emeritus said the effect of this categorization is greater when it comes to groups that already experience discrimination, particularly Muslim women who wear the hijab.

Bourhis said that while there hasn't been enough time to study the effects of the law introduced in 2019, it could lead to members of minority groups isolating themselves from wider society, ultimately hurting integration and social cohesion.

The hearings in Montreal combine four separate lawsuits challenging Bill 21 into one trial, which is expected to last up to six weeks before Superior Court Justice Marc-Andre Blanchard.

The trial opened this week with testimony from Muslim and Sikh teachers, who described feeling excluded from Quebec society because they choose to wear religious symbols.

Bill 21 makes pre-emptive use of the Charter of Rights and Freedoms notwithstanding clause, which shields legislation from court challenges over violations of fundamental rights.

The Quebec government has said it is prepared to defend its secularism law before all courts. Premier Francois Legault has previously described the law as moderate and said it is supported by most of the province's citizens.

This report by The Canadian Press was first published Nov 6, 2020