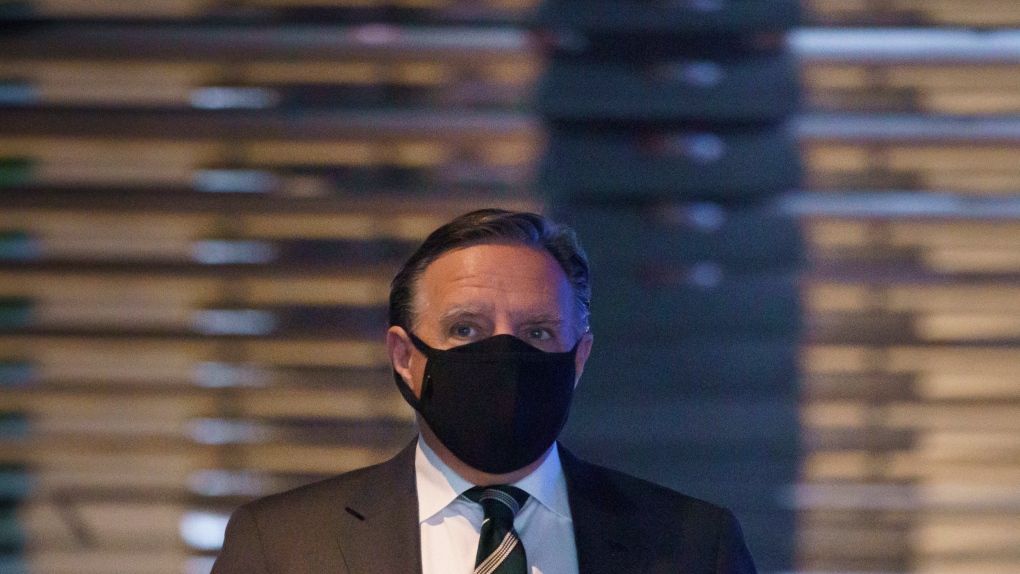 MONTREAL -- Quebec authorities say they prefer bars and restaurants follow public health directives instead of being forced by the government to collect the personal information of their patrons in case of a COVID-19 outbreak.

"We aren't there yet," Premier Francois Legault told reporters Tuesday when asked about requiring private businesses to keep a register of customers. New Brunswick, for example, requires bars, restaurants and other venues to collect such data to make it easier to trace people after an outbreak.

"Maybe in places like bars, if there is spread of the virus, we can ask for a register to trace people who were in contact with infected people," Legault said. "But our first wish is for people to respect the two-metre rule and that there is no spread."

On Monday, Health Minister Christian Dube threatened owners of bars and restaurants with closure after reports that some in the Montreal area weren't following public health guidelines to slow the spread of COVID-19.

Dr. Horacio Arruda, the province's director of public health, told reporters Tuesday that forcing businesses to collect the personal data of their patrons is not the Quebec way of doing things -- for now.

"We could look at that," he said, referring to a register. "We aren't in the same culture of (collecting) personal information of individuals." Arruda, like Legault, said he would prefer businesses just follow the rules.

On Monday, regional health authorities on Montreal's South Shore said infected people who went to a bar in the area last week were tied to a cluster of 20 cases. In response to the outbreak, Montreal Mayor Valerie Plante announced Monday her council would pass a bylaw requiring mask-wearing in indoor public places.

Legault said while he hasn't ruled it out, he also wasn't ready to give the same order province-wide. And he questioned how that Montreal bylaw would be applied.

"How would we do that in stores?" he asked, regarding the bylaw's enforcement. "It's something I'd like to discuss with (Plante)."

This report by The Canadian Press was first published on July 7, 2020.