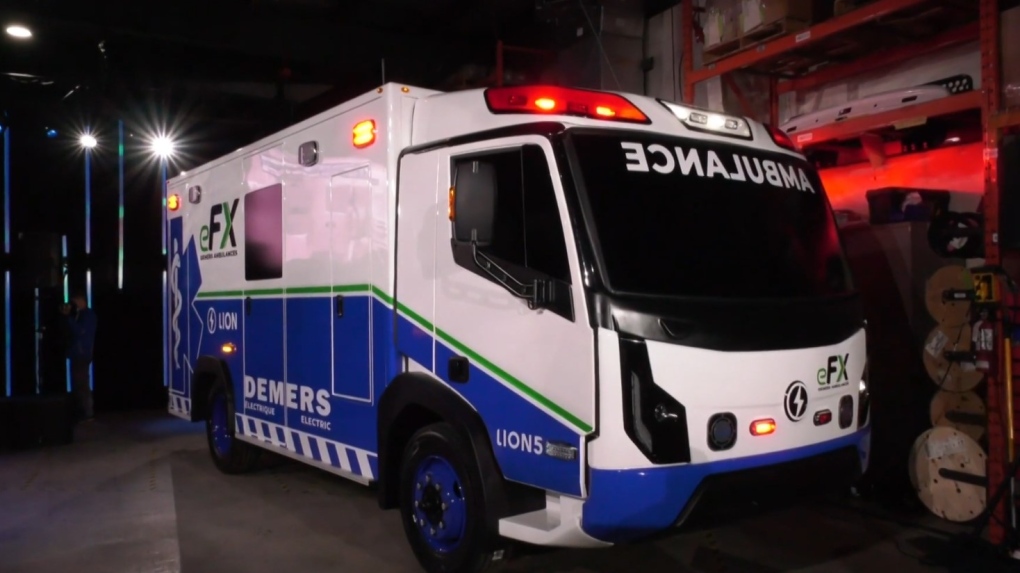 Quebec's health ministry says Montreal and Laval will be the first cities in the province to get fully electric ambulances that are expected to hit the streets sometime next year.

Urgences-Santé purchased eight ambulances from Quebec-based companies Demers Ambulances and Lion Electric, which teamed up in 2016 to develop the Demers eFX ambulance with financial support from the federal and provincial governments.

Two of the eight ambulances are expected to be on the road in 2023 and Urgences-Santé plans to purchase six more in 2023-2024. The made-in-Quebec vehicles were first unveiled last October.

Company officials say they consulted with paramedics in the development of the eFX, which boasts more legroom and freedom of movement to access patients.

Health Minister Christian Dubé and Benoit Charrette, the minister responsible for the fight against climate change, said in a news release on Wednesday the purchase is "a first step in the replacement of gasoline-powered ambulance vehicles, in order to significantly reduce greenhouse gas emissions."

"In addition to being one more step towards reducing greenhouse gas emissions in the transport sector, its use has several considerable advantages, improving ergonomics and reducing the risk of accidents in the vehicle while on the move," Dubé said.

This move toward EVs — funded in part by the province's Electrification and Climate Change Fund — is part of the Quebec government's COP26 commitments to ensure its entire fleet of heavy government-issued vehicles will be zero-emission by 2040.

The eFX vehicle has an approximately 200-kilometre range on a single charge and a lifespan of about 10 years, rather than five years for traditional gas-powered ambulances.

Over the next few months, Quebec's Ministry of Transport will also fund the deployment of six additional electric ambulances in other regions of Quebec.