Quebec's cannabis sales network has put its startup problems behind it, president says 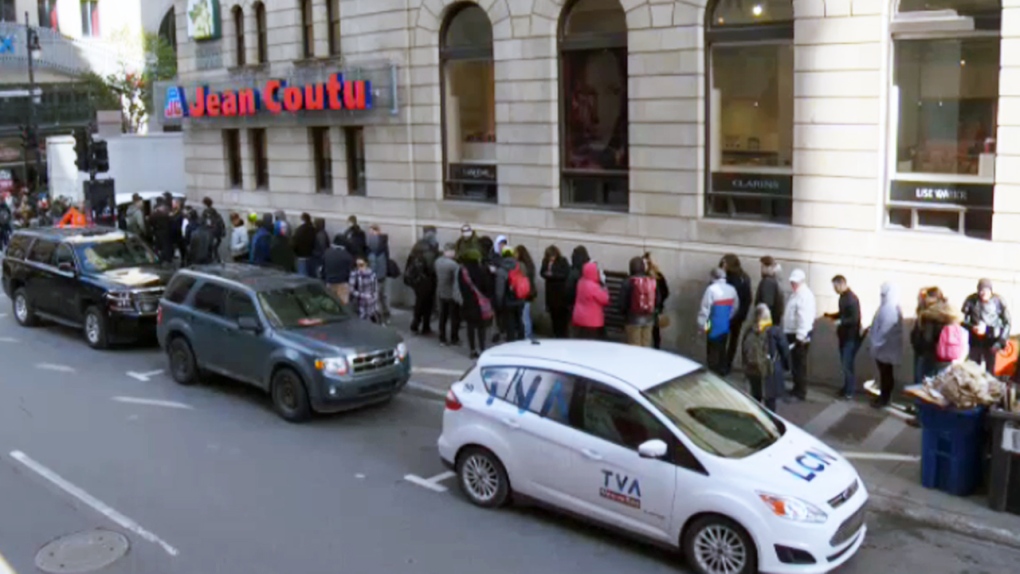 The lineup for the Ste. Catherine St. branch of the SQDC is frequently around the block.

Jean-François Bergeron, president and director-general of the Societe quebecoise de cannabis, believes the SQDC can still hit the government's financial target for it: $20 million in profits over its first full fiscal year.

Now with 21 outlets, all open seven days a week, the SQDC will by the end of March more than double its network, with 43 outlets expected to be in operation.

With the Oct. 17 first anniversary of the legalization of cannabis in Canada approaching, Bergeron spoke to the Chamber of Commerce of Metropolitan Montreal Wednesday to discuss the many challenges the SQDC had to overcome during its first year in business.

While acknowledging the difficulties that at one point forced SQDC outlets to drastically reduce their opening hours, Bergeron preferred to emphasize the magnitude of the task the SQDC accomplished in launching its initial network of shops in a matter of just a few months.

In addition to launching a body that had to control an industry that did not yet formally exist, the SQDC also had to operate under "an extremely complex" legal framework, Bergeron explained.

The SQDC also had to allay many fears expressed by the municipalities in which it set up its stores, many of whom were not initially welcoming of the outlets opening in their jurisdictions, Bergeron said.

Despite being run by the government, the SQDC also suffered from prejudices about the marijuana industry, with financial institutions and insurance companies hesitant to do business with the organization, Bergeron added.

This report by La Presse Canadienne was first published Oct. 9, 2019.